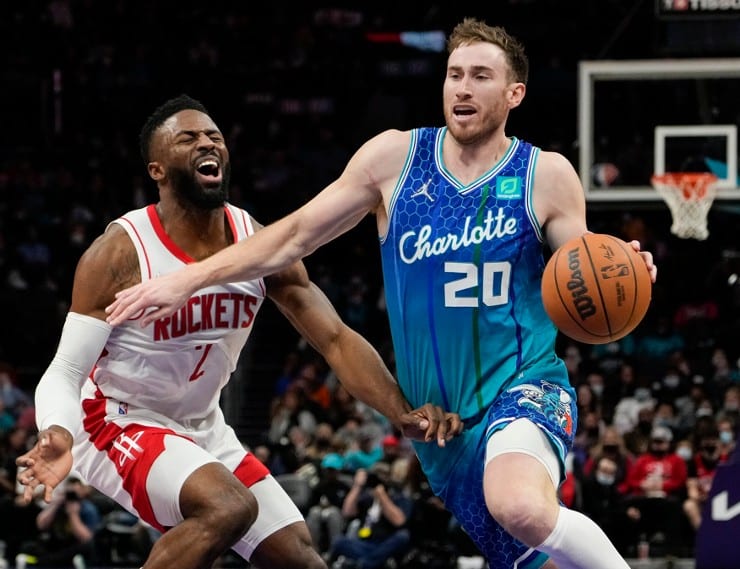 The Hornets have decided to include Gordon Hayward in the NBA’s transfer market at exactly the right time.  Charlotte’s player has missed the last eight games due to injury and came back to action just this past weekend to help his team win over the Atlanta Hawks.

News over his possible trade was informed on January 22nd by journalist Marc Stein. The NBA expert said that Hayward is one of the players with most value in the Charlotte roster and that the team owned by Michael Jordan is already open to negotiate, considering his worth and low play-time.

Problem with Gordon is, precisely, the injuries. The last eight games he was out weren’t the first he’s missed this season. Before, he had already been injured through 17 matches, which means he’s only been available during 22 out of the 47 Hornets games so far. That’s less than half.

The Charlotte Hornets are prepared to take calls on Gordon Hayward, per @TheSteinLine

Also, let’s not forget his salary. Hayward’s contract has guaranteed 61.5 million dollars until 2024: 30 for this current season and 31.5 for the next one. To transfer a salary this high is no easy task, considering no team will offer what he’s worth if he isn’t physically fit.

Two other names have come up in the Hornets roster for potential trading. Terry Rozier has been an undeniable starter for Charlotte these past months as he is one of their most efficient offensive assets. He signed a four-year-deal for 96.3 million dollars until the 2025/26 season. As for Kelly Oubre Jr., who’s currently injured, will become an unrestricted free agent this next summer as his contract’s coming to an end.

The Hornets have really suffered in the medical department this season so far, as key players such as LaMelo Ball haven’t played as much as it’s been hope for due to injuries. In the 21-year-old’s case, he couldn’t start off the season due to an ankle injury he’s been suffering ever since. Just last week he sprained it for the third time so far in this campaign, and hopes he will be back in the next couple of weeks.

Injuries have dropped Charlotte to the lowest positions of the NBA with a poor 12-34 balance, as they slowly say goodbye to any Playoff possibilities, they are mostly concerned for lifting up their game and appear as appetizing as possible towards the next Draft. The team from North Carolina is slowly but surely, taking big steps towards a total reconstruction of the squad.

As of now, some of our recommended sport betting sites rank the Hornets as the 26th best odd towards conquering the championship, an almost impossible feat to this point. Even the Orlando Magic appear as having higher possibilites. Who should have the least odds to win this season’s NBA title?

As the North Carolina side rank 14th in the Eastern Conference having already lost 34 times in only 47 matches so far. They hope to show some dignity as they face the Jazz tonight in the Vivint Smart Home Arena in Utah (8:00pm CST), who stand 9th in the same division.