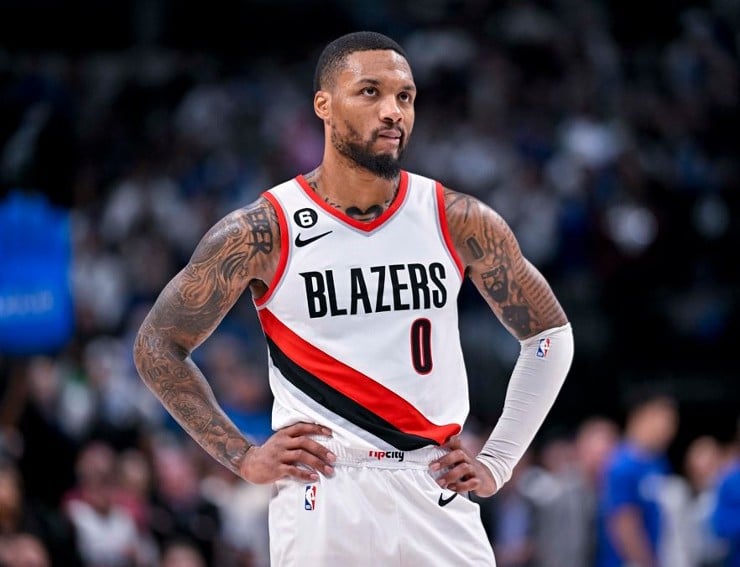 Portland Trail Blazers guard Damian Lillard is targeting a return date of Sunday, December 4 against the Indiana Pacers, according to sources. The six-time All-Star has missed the last six games due to a calf strain.

“The Trail Blazers are 1-3 during the span that Damian Lillard has been out with that calf injury, but there is a light at the end of the tunnel,” said NBA on TNT’s sideline reporter Chris B. Haynes.

Per multiple NBA betting sites, the Blazers have the 18th-best odds to win the championship in 2023. Check out which sportsbooks show better odds for the Minnesota Timberwolves and Los Angeles Lakers.

"Damian Lillard is targeting a return date of December 4th here in Portland against the Indiana Pacers."@ChrisBHaynes shares the latest timetable on Damian Lillard pic.twitter.com/INj9lQxYbq

Through 21 games this season, Portland is 11-10 and ranks seventh overall in the Western Conference standings. Without Lillard, the Trail Blazers’ record is now 4-6, their point differential is -3.9, and the team’s net rating is -4.

“I think he’s feeling better,” Trail Blazers coach Chauncey Billups said of Lillard. “He’s starting to get on the court a little bit.”

Last season, the guard appeared in only 29 games due to an abdominal injury. Statistically, he’s playing a little better now than he did all of last year. In the 2021-22 season, Lillard averaged 24 points, 4.1 boards, and 7.3 assists.

🔊 Damian Lillard discusses his relationship with Head Coach Chauncey Billups and their unified goal of bringing a Championship to Portland. pic.twitter.com/ef7088rMLD

Because of Lillard’s calf injury this season, Portland has dropped in the league rankings for a few notable, offensive statistics. Twenty-one games into the season, the Trail Blazers rank 23rd in scoring, averaging 109.8 points per game.

Likewise, their offensive efficiency ranks 1.090, which ranks 16th overall. Nonetheless, their defense is still one of the best in the NBA. They rank ninth in opponent points, allowing 110.7 points per game.

Not to mention, the Trail Blazers are still shooting the ball with accuracy. Their team floor percentage is the 13th-best in the rankings (50.2%). In the end, wins are the most important stat. Without Damian Lillard, the Blazers are not the same team.