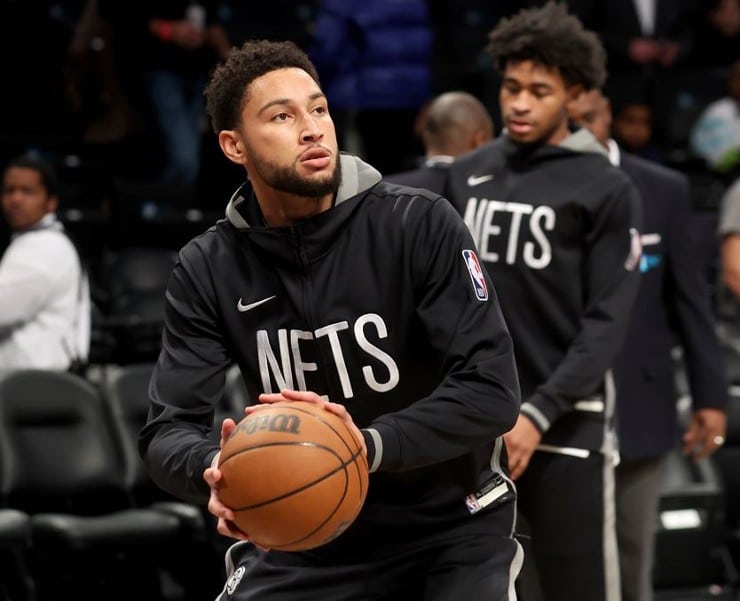 A few NBA betting sites show the Nets with the sixth-best odds to win the championship in 2023. However, several sportsbooks are giving the Milwaukee Bucks and Boston Celtics higher odds in the Eastern Conference.

“He’s supposed to be a good defender… [the Nets] were giving up 125 points per game and they got their coach fired because they could stop anybody.”

“Ben Simmons is so overrated you can’t even put him in the game anymore.”

“Most overrated player is Ben Simmons. It’s not even close,” Wally Szczerbiak said Monday night on MSG Network. “The guy couldn’t even play in the playoffs two years ago.

Then, he was scared to get on the court all of last year. The guy is scared to shoot. He’s the first pick in the NBA draft and you can’t even get him on the basketball floor.”

The Knicks analyst made a number of fair points. Through seven games this season, Simmons is averaging career lows of 5.6 points, 6 rebounds, 6.6 assists, and 1.1 steals.

If Simmons is not overrated to fans, he’s definitely overpaid. In July 2019, the guard signed a five-year, $155 million contract extension with the Philadelphia 76ers.

Multiple NBA analysts thought the guard would make his season debut in the Nets’ first-round playoff series against the Boston Celtics. However, he never made an appearance.

“He’s supposed to be a good defender,” continued Wally Szczerbiak. “He was playing for the Brooklyn Nets, and they were giving up 125 points per game and they got their coach [Steve Nash] fired because they couldn’t stop anybody.

“Ben Simmons is so overrated, you can’t even put him in the game anymore. It’s a little bit of a shame.”

Additionally, the Nets are 4-6 right now. They play the Knicks tonight at 7:30 p.m. ET. This matchup will air live from Barclays Center on ESPN.