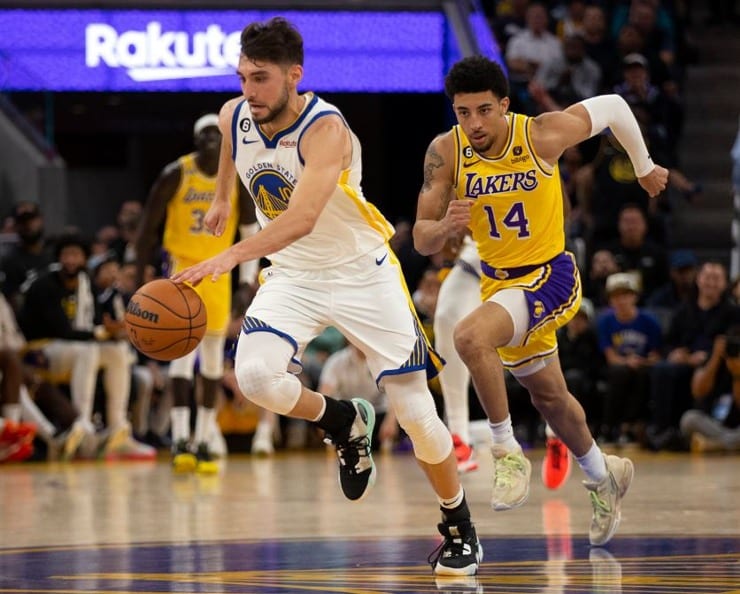 Jerome and Lamb will spend time with the Santa Cruz Warriors, the team’s NBA G League affiliate. Two-way salaries are not counted against a team’s total salary cap or tax allocations.

Per multiple NBA betting sites, the Warriors are favored to repeat in 2023. Although, a few sportsbooks are giving the Boston Celtics higher odds to win the championship this season.

Guard Dusty Hannahs is now the only player signed to an Exhibit 10 contract. Of course, this is a nonguaranteed deal. Pat Spencer and Jerome Robinson were waived Saturday morning.

Ty Jerome was selected 24th overall by the Philadelphia 76ers in the 2019 NBA Draft. However, he was then traded to the Boston Celtics. Then, the Celtics dealt him to the Phoenix Suns.

On the same day he was traded, Jerome signed a multi-year contract with the Suns. During his rookie 2019-20 season, the guard averaged 3.3 points, 1.5 rebounds, and 1.4 assists in 31 games off the bench.

In November 2020, Phoenix dealt Jerome to the Oklahoma City Thunder. While with the Thunder in the 2020-21 season, the guard recorded career-high numbers.

As for Anthony Lamb, the Warriors forward went undrafted in 2020 out of Vermont. The New York native played for two G League teams the past few seasons: the Canton Charge and Rio Grande Valley Vipers.

After signing a two-way contract with the Houston Rockets, the wing appeared in 24 games during the 2020-21 season.

In the 2021-22 season with the Rio Grande Valley Vipers, Lamb averaged 15 points, 5.6 boards, 2.8 assists, and 1.3 steals in 13 games. He was selected All-NBA G League Third Team and helped win the G League championship.