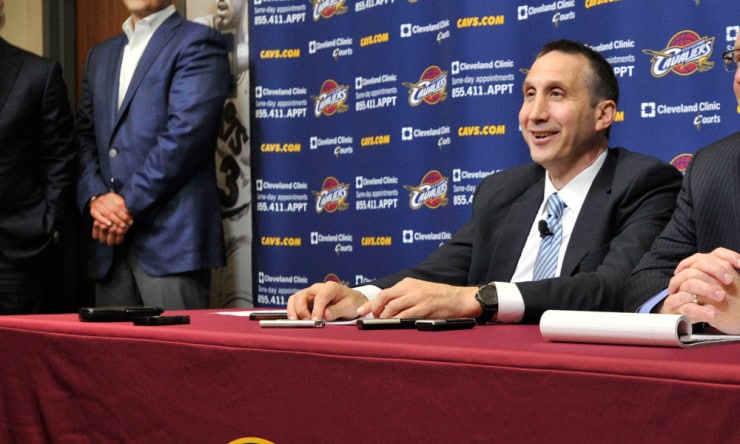 Before the Cleveland Cavaliers came calling this summer, David Blatt received an inquiry from another team.

That team was the Golden State Warriors and Steve Kerr, a first-time NBA head coach, who was rounding out his staff. Kerr admitted Thursday he didn’t know Blatt on a personal level, but the two were connected through former NFL GM-turned-agent, Mike Tannenbaum.

“Just his experience and the great reputation,” Kerr said of the things he was drawn to. “I had a chance to speak with him when I was hiring my staff and I was really impressed. We met in L.A. for a few hours. He got a better opportunity.”

That opportunity came from Cavs General Manager David Griffin, a close friend of Kerr’s from their time together with the Phoenix Suns. Other NBA teams had reached out to Blatt in the past, and like Kerr, many were looking for an offensive-minded assistant. Some around the league believed that was Blatt’s best option rather than jumping into the deep waters immediately. But he rebuffed, betting on himself, holding out for an opportunity to be a head coach, and now he couldn’t be happier.

via Chris Fedor of the the Cleveland Plain Dealer