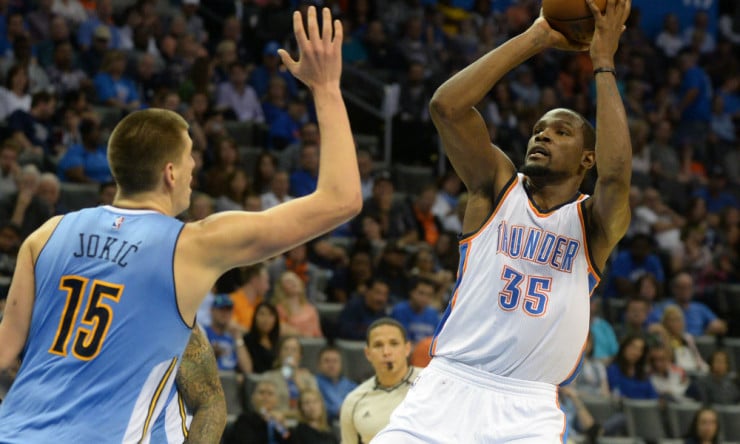 Durant has often said he needs to see only one go down before he feels like he’s hot. Sunday’s game provided some validation of that theory. A possession later, he went to the line to knock down two free throws. First-half scoring output surpassed, in 45 seconds. Then he hit a 3-pointer. Then another 3. Then two more free throws. Durant finished with 17 in the third quarter as the Thunder roared back with a 25-7 run in less than six minutes to open the quarter.

“He wanted to get me going,” Durant said of Westbrook. “Coming out of halftime, he told me he was going to get me some iso’s, get me some plays and told me to be aggressive, and I just fed off his energy.”