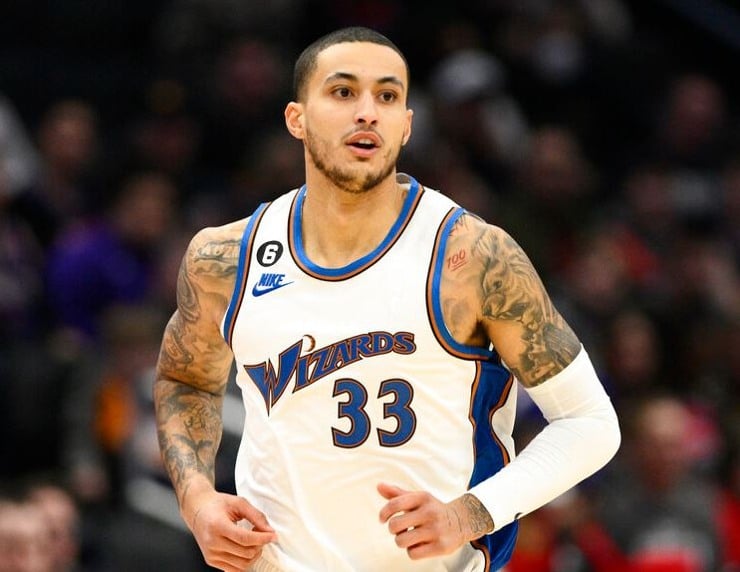 The Washington Wizards will re-sign Kyle Kuzma during the 2023 offseason, according to sources. Washington was interested in pursuing Atlanta Hawks wing John Collins, but Kuzma’s contract is more important for logical reasons.

“Washington is another team that has expressed interest in Collins,” reported Jake Fischer of Yahoo Sports. “But Wizards officials have stood firm that the franchise intends to keep Kyle Kuzma — a known Hawks target —past the trade deadline and hope to re-sign the high-scoring forward this offseason…”

Per a few NBA betting sites, the Wizards possess the sixth-lowest odds to win the championship. Sportsbooks are giving the Indiana Pacers and Chicago Bulls better odds to qualify for the playoffs.

In Jake's report: "#Wizards officials have stood firm that the franchise intends to keep Kyle Kuzma — a known Hawks target —past the trade deadline and hope to re-sign the high-scoring forward this offseason… " #NBA https://t.co/9ehRr1q6L1

Kuzma is expected to decline his $13 million player option of his current contract for the 2023-24 season. This is part of the three-year, $40 million extension he signed with the Los Angeles Lakers in 2020. By opting out of his existing deal, the Wizards can offer Kuzma a multi-year contract.

Since that trade was made, neither Los Angeles nor the Wizards have qualified for the postseason. Westbrook is still recording triple-doubles and playing well enough from the bench this season. However, Kuzma’s latest performances have been just as impressive.

The Lakers should have never traded Kyle Kuzma pic.twitter.com/dqfTv1jEaJ

Although the Cleveland Cavaliers are reportedly interested in Kuzma, the asking price is high. Wizards G.M. Tommy Sheppard will not trade away his breakout star for peanuts. Cleveland might have to look elsewhere for a serviceable wing.