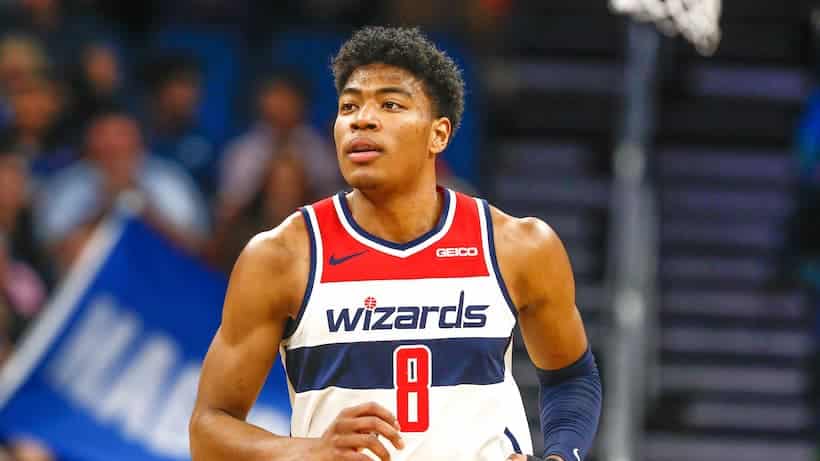 Ever since the transfer window opened we’ve been hearing about a possible trade for Rui Hachimura outside of Washington. But now it seems many offers are on the table as several Western Conference teams are in need to bolster their scoring arsenal as we enter the last half of regular season.

As we recently learned from The Athletic, the Wizards have begun trade negotiations with multiple teams bidding for the young foward, who is set to become an unrestricted free agent in July, being on his fourth-year for the Washington club.

The Wizards have started trade talks on Rui Hachimura, per @ShamsCharania and @JoshuaBRobbins

Some of the best sport betting sites consider the Wizards to possess the 24th-best odds to win the NBA title this season. Apparently, most sites believe that the Utah Jazz have better prospects than the D.C. based club. Who do you believe makes a stronger case to winning the championship?

Just a month ago, the Phoenix Suns reportedly rejected a trade offer for Jae Crowder from the Washington team, supposedly centered around Hachimura. As basketball insider Marc Stein said during the past month of December, Phoenix wanted a higher caliber player for Crowder, and the young Wizard doesn’t make the cut as he is not a regular in their starting line-up. This strikes us as ironic, considering the veteran Crowder hasn’t played a single second this 2022/23 campaign.

The 24-year-old has only been a regular coming off the bench for Washington this season, and although his stats aren’t too bad, they are the lowest ever since he became a wizard. He’s averaging 12.9 points, 4.4 rebounds and 1.2 assists in only 24.2 minutes per game this campaign.

His best games so far were just a couple of weeks ago, right when the trade speculation began, as he scored 26 points against Milwaukee and then 30 points against the Suns, which included 5 rebounds and one assist in 28 minutes of play. You can see the highlights of his best game of the season so far in the following link:

Truth is, Hachimura’s performances are rapidly sinking and a trade away from the Wizards might just be the best thing for him. The 24 year old only made 13 starts last season, which came as a surprise after making 105 starts for the team in his first two campaigns, averaging over 30 minutes per game in each tornament. This championship he’s done none so far, as Kyle Kuzma, Deni Avdija and Corey Kispert have earned bigger roles in the Washington squad.

Injuries have played a part in his career, as the japanese foward missed almost a month of play this season after an injury in his ankle, and last year he also missed many games due to groin pains. His unstable health is one of the main reasons he began to warm up the bench.

Hachumira is the pride and joy of his native Toyoama, Japan, and you can learn more about his journey to the United States and becoming an NBA player on the YouTube link below:

After losing their last two matches against the Knicks and Golden State, the Washington Wizards stand 12th in the East with a 18-26 record. On January 18th they face New York again (6:30pm CST), but this time on the road.