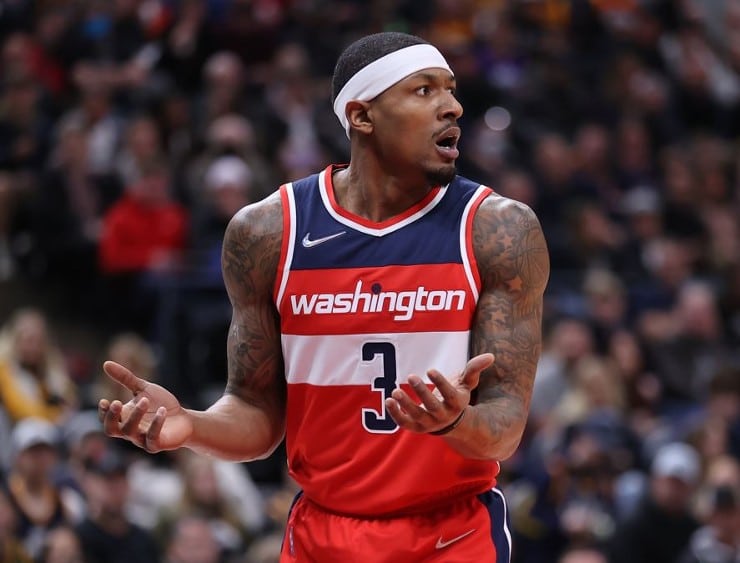 Wizards coach Wes Unseld Jr. is expecting the 11-year veteran to return around Dec. 14. At Capital One Arena, Beal was spotted limping off the court with 8:51 left in the opening quarter.

According to some NBA betting sites, the Wizards possess the eighth-lowest odds to win the championship in 2023. Quite a few sportsbooks have lowered their playoff chances.

Bradley Beal was diagnosed with a right hamstring strain after undergoing an MRI examination today. The injury occurred in the first quarter of last night’s game vs. the Los Angeles Lakers.

Beal will be out for the team’s next three games and will be re-evaluated in one week. pic.twitter.com/KF8lwIekTK

After the medical staff assessed the guard’s injury, he was sent to the locker room for further evaluation. He did not return. An MRI on Monday revealed the strain.

Bradley Beal suffers a low-grade hamstring strain in the first quarter of the Wizards’ 130-119 loss to Lakers, will miss next three games

Other players listed on Washington’s injury report include Delon Wright (hamstring) and Rui Hachimura (ankle). Both Beal and Wright are out indefinitely. Hachimura is listed as questionable for Wednesday night’s matchup against the Chicago Bulls.

Wright is receiving an increased workload, per Unseld. The Wizards coach expects Wright to participate in 2-on-2 and 3-on-3 drills. Of course, the guard has not played since Oct. 25.

Wes Unseld Jr. said Bradley Beal's hamstring strain is a low-grade strain. Unseld is hopeful Beal might be able to return at some point during the Wizards' West Coast trip that will begin with a game on Dec. 14.

Moreover, Hachimura is still experiencing soreness. Unseld said the training staff will not rush him back. But the Wizards need as much help as possible right now. They are currently on a three-game skid. Washington is 11-13 and ranks 10th overall in the Eastern Conference.

After playing the Bulls, the Wizards’ next games are at the Indiana Pacers (Friday, Dec. 9) and at home against the Los Angeles Clippers (Saturday, Dec. 10).

Based on ESPN’s Basketball Power Index, the Bulls have a 58.8% chance of beating the Wizards on Wednesday night. While Chicago is also on a three-game losing streak, sportsbooks show the team as a five-point favorite at home. Without Bradley Beal, Washington is much worse.