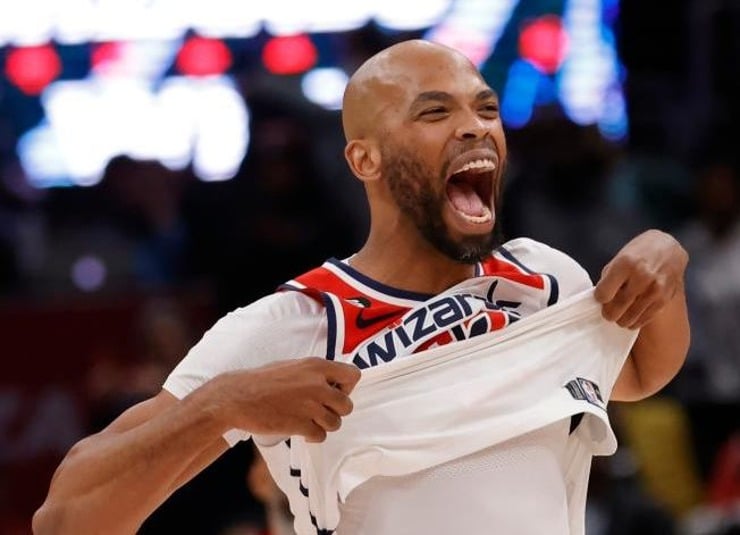 Daniel Gafford (ankle) was also upgraded to probable for this matchup. Leading into this contest, Washington is 17-21 and ranks 10th in the Eastern Conference standings.

According to various NBA betting sites, the Wizards have the seventh-lowest odds to win the championship. A few sportsbooks are giving the Chicago Bulls and New York Knicks greater odds to qualify for the postseason.

The Wizards have updated their injury report to downgrade Taj Gibson to out for tonight's game in Milwaukee because of left groin soreness. This will be the third consecutive game Gibson has missed. Bradley Beal continues to be listed as questionable to play tonight.

Through 23 appearances this season, Gibson is averaging career lows of 3.5 points, 1.6 rebounds, and nine minutes per game. Plus, he’s shooting 53.4% from the field and 75% at the foul line.

The 14-year veteran has missed back-to-back games due to his left groin injury. During the offseason, Gibson signed with Washington on a one-year, $1.836 million veteran-minimum contract.

As for Bradley Beal, the three-time All-Star is still dealing with a lingering hamstring injury. He has missed 15 games so far this season. And Beal has missed Washington’s last three games.

While the Wizards are on a five-game win streak, Milwaukee has won just four of its last 10 games. On New Year’s Day, Washington won 118-95 over the Bucks in the first meeting of the season series.

For a couple of notable betting trends, Washington is 2-10 in its past 12 matchups against the Bucks. To add to the aforementioned data, Milwaukee is 5-1 in its previous six meetings versus the Wizards. Of course, sportsbooks show Washington as a 7.5-point underdog away.