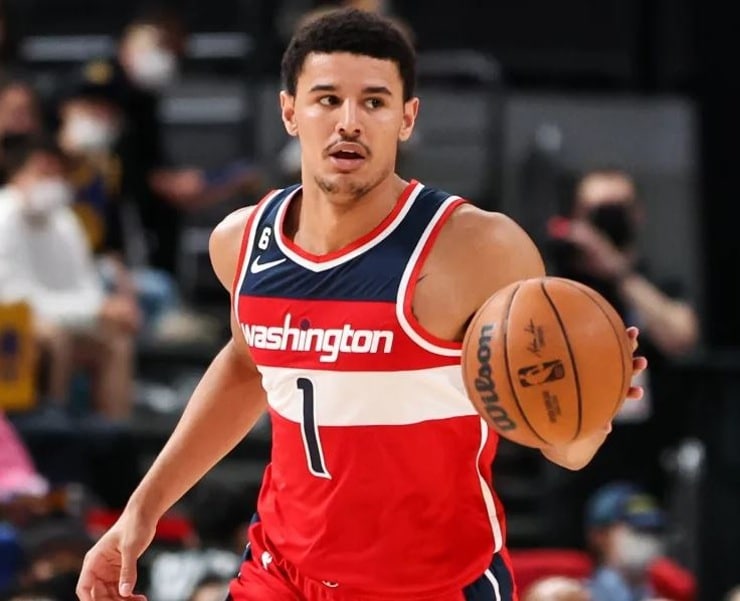 Kristaps Porzingis (ribs), Monte Morris (hamstring), and Daniel Gafford (ankle) are all listed as questionable as well. Bradley Beal (hamstring) still remains out, but the three-time All-Star was cleared to resume basketball activities on Wednesday. His return to play will depend on his progression.

Based on several NBA betting sites, the Wizards possess the sixth-lowest odds to win the championship. A few sportsbooks are giving the Indiana Pacers and Chicago Bulls greater odds to qualify for the postseason.

Through seven games off the bench this season, Carey Jr. is averaging 0.3 points, 0.7 rebounds, 0.3 blocks, and 2.1 minutes per game. The third-year center out of Duke is also shooting 33.3% from the field.

Of course, Johnny Davis was selected 10th overall by the Wizards in the 2022 NBA Draft. He’s averaging 1.1 points, 0.7 rebounds, and 0.1 blocks per contest through 10 games off the bench. Plus, the guard is shooting 30.8% from the floor, and he’s made all three of his free throws.

Equally important, the Knicks have a clean bill of health for Friday night’s intraconference matchup. At the halfway mark of the 2022-23 season, New York is 12-8 away, 13-7 as a favorite, and 23-19 overall. Also, the Knicks rank sixth in the Eastern Conference standings.

Although New York is 5-5 in its past 10 games, the team has won five of its last six contests. On Wednesday night, the Knicks won 119-113 against the Pacers. Including this victory, the total has gone over in nine of New York’s previous 19 games played.

To add to the betting trends above, the Wizards are 11-8 at home, 10-18 as an underdog, and 18-24 overall. Heading into this season-series opener, Washington sits at the 12th spot in the East.

Besides the total going over in six of the Wizards’ past eight home games, they’re 2-9 in their last 11 matchups versus Atlantic Division opponents. And Washington has won only six of its past 20 games played on a Friday.

According to ESPN’s Basketball Power Index, New York has a 64.9% chance of defeating the Wizards away. Sportsbooks show Washington as a four-point underdog.