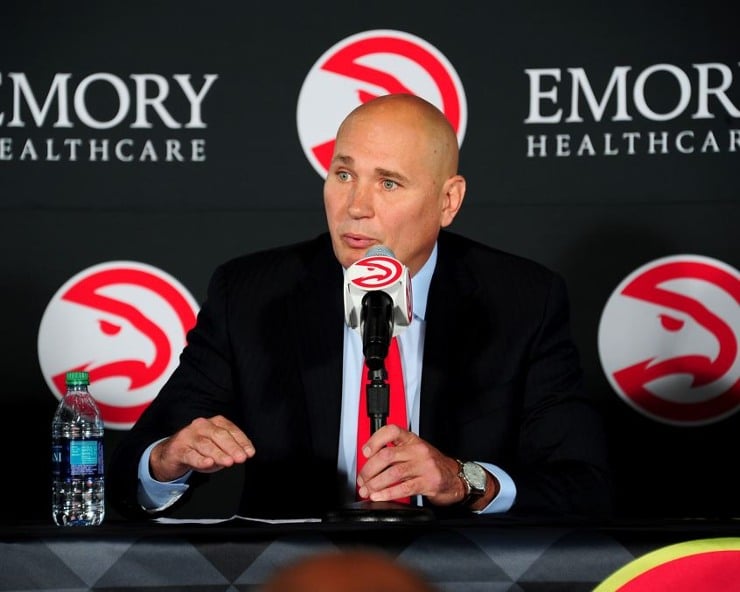 Atlanta have a announced a new signing today, a young guard from the NBA G League called Donovan Williams on a two-way contract, which terms weren’t disclosed on mutual agreement. The 21-year-old will wear No. 4 with the Hawks.

Congratulations to @STGDwill & family…can’t express how proud I am of this young man’s journey…witnessed ups and downs since 3rd grade, blessed to be able to train, coach and help develop Stretch along the way, playing a small part, Houston we have another one‼️🙏🏽 3 Letter Guy pic.twitter.com/DlTzbX1rkq

The Texas native was part of the Brooklyn Nets during small period of time, after he was undrafted last NBA Draft, the team from New York signed him before being placed on waivers on Octubre 16th. During last year’s summer he saw action in five games during the NBA 2K23 Summer League in Las Vegas, although he only got to play 7.8 minutes. He was still able to register 3.6 points and 1.2 rebounds (.667 FG%, .750 3FG%, .750 FT%).

Back home in Houston, Williams played for the Texas Longhorns for two seasons (2019-21) and later got transferred to University of Nevada, Las Vegas until last year. During his season in college he played a total of 68 matches (14 starts), and after averaging 15.4 minutes, he recorded 7.0 points and 1.9 rebounds. He then saw 27 games (13 starts) for UNLV during the 2021-22 championship, as he accomplished his best stats yet by averaging 12.7 points, 3.3 rebounds and 1.1 assists in a career-best 22.3 minutes.

On the YouTube link below you can appreciate some of his best highlights from this current season as a Long Island Nets player:

It’s been at least three straight years of reading about trading rumours concerning John Collins, but the foward seems to maintain his status as a Hawk player. The 25 year old is good offensive asset, but his recent scoring has downfalled from 21.6 points per game in 2019/20 to 13.1 points per game during this recent season.

Problem seems to be there are more overall-team-players in the squad, who can provide attacking qualities just as much as they can provide a strong defense, which is not Collin’s strength. We are talking about players such as Onyeka Okongwu and Clint Capela, which are very strong rebounders and can still squeeze in 10 to 12 points a game.

With Collin’s current stats (only converting 22.8% shots from deep) the speculation around him becoming Atlanta’s best trading asset is growing before the transfer deadline comes along in three weeks. Offensively they seem pretty much covered lately, as Trae Young and Dejounte Murray have been on fire this 2023. The 26 year old point guard scored 28 points, 4 rebounds and handed 7 assists in 35 minutes of play in Atalanta’s last win against Miami Heat (121-113).

DJ was on FIRE yesterday 🔥

However, the Hawks have had more than just a great game, they’ve actually won their last three in total including the Heat’s clash. The Georgia side beat the Pacers (111-113) and the Raptors (114-103) last week. Most of our recommended sport’s betting sites consider Atlanta to be the 17th best odd to win this NBA championship. What do experts from Inside the NBA on ESPN think about this new spirit that’s come over the Hawks?

Atlanta stand in the 9th place of the Eastern Conference holding a 22-22 record. Next game is tomorrow January 18th against the Mavericks 6:30pm CST in American Airlines Center in Dallas.