Australian-born Dante Exum is by far the biggest enigma of the 2014 NBA Draft. Perhaps not since Darko Milicic was taken with the second pick in 2003 has so little been known about a top-five prospect. NBA decision-makers, many of whom have never seen Exum in person, must evaluate him on the basis of his performance in the 2013 Nike Hoop Summit practices and game, nine games in the 2013 U-19 World Championship in Prague, and scattered tape of his performances against other Australian high schoolers. On most of these breakdowns, time constraints mean I have likely seen far less of a prospect than NBA scouts. With Exum, it is nice for once to have seen almost as much as they have.

The two reasons Exum is being talked about as a top-five pick are his blinding quickness and great size for a point or shooting guard at 6’6 with a 6’9 wingspan. The former asset is his greatest, as he creates massive separation with his crossover. Pressuring him up out on the floor is death for all but the quickest guards. Exum is particularly adept at crossing over from right to left on the left side of the floor and beating the big men to the rim, where he has a number of crafty finishes. He also possesses a nice in and out dribble, and it seems that he will be very difficult to keep out of the paint almost immediately in his career. Exum regularly draws a ton of fouls out on the perimeter as he blows by players who reflexively put their hands on him to arrest his progress. He would probably be the quickest player 6’5 or taller in the league almost immediately. This space has previously decried over-reliance on combine numbers to gauge a prospect’s athleticism, but in the case of Exum the testing confirmed the quickness that was very apparent on film. He finished second among all prospects in the lane agility drill, seventh in the shuttle run and eighth in the 3/4 court sprint.

Exum’s jump shot has been discussed as his primary weakness, but he has worked diligently to increase his arc, and his form is just fine. He has no problem pulling up from the FIBA three-point line or rising up on balance going either direction. Although he did not shoot well in many of the games I saw, given his form and how comfortable he looks shooting I think his jumper can become an adequate weapon sooner than a lot of people think. 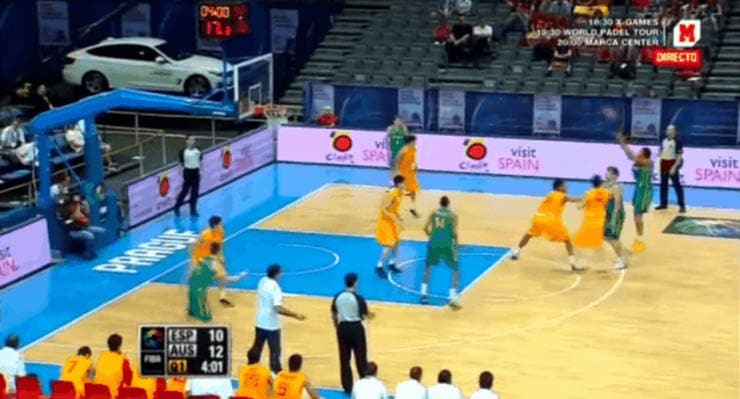 The East Melbourne product is more a good than great leaper, with 34- and 31-inch maximum/standing vertical leaps that seem commensurate with his performance on film. Still, he is a quick jumper who covers lots of ground when exploding off one foot, enabling him to finish well at the rim. He generally is not going to dunk on big men at this stage, although that could change as he could get more athletic in time. Instead, he beats the big man to the rim, steps around him or double pumps.

When I last wrote about Exum after the U-19s, I questioned his ability to run the point and posited that his future was more likely as a Dwyane Wade style playmaking shooting guard. Watching tape of the 2013 and 2014 Australian high school championship games* somewhat changed my mind, as he finished with double digit assists in both games while throwing some really beautiful passes off his own penetration that drew “oohs” from the crowd.

*The level of competition in these games is similar to that of a mid-tier state’s high school championship game in the U.S. 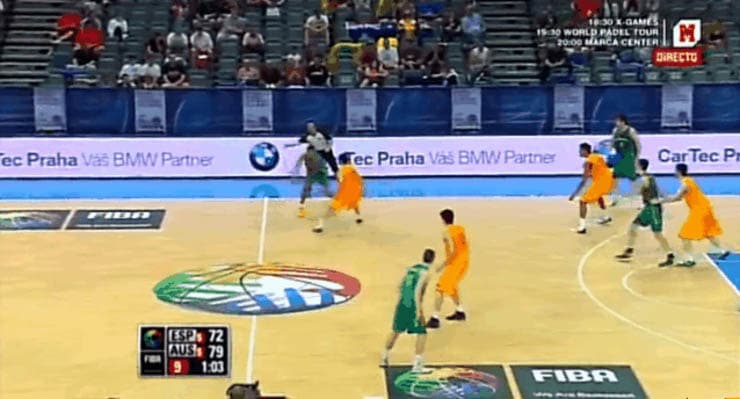 Caveats about the low level of competition apply, but these are nice incisive passes that not a lot of kids his age can make. 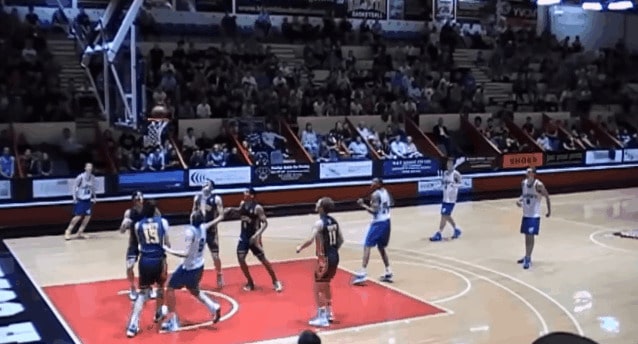 At the very least, they show his ability to keep his head up on the drive and make the right play when the defense rotates. 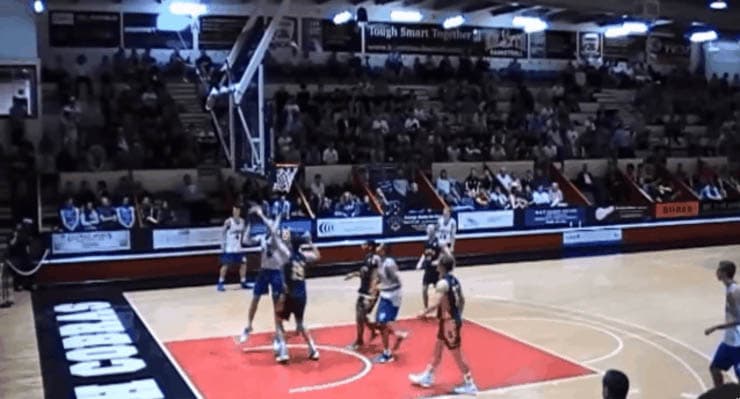 Another plus is that Exum possesses a nascent post-up game, with the ability to shoot short hooks or pump fake for step throughs near the rim. Although post-ups by smalls can be difficult due to the lack of spacing provided by bigger players, one can envision Exum taking advantage of this skill a few times per game if an opponent opts for a smaller but quicker player to guard him.

Ultimately, it may not matter whether Exum is a “point guard” or “shooting guard.” He should be able to guard the bigger position in time and handle the ball next to a smaller combo guard if needed. His handle is good enough that he should have no problems bringing it up against all but the quickest gnats, who probably won’t end up guarding him because he would have a major mismatch in the frontcourt.

I first wrote about Exum after the U-19s last year, and made the following observation which still rings true:

Exum’s weaknesses are easily delineated: Literally everything that occurs when he does not have the ball in his hands. On defense, Exum spent approximately two percent of the time in a stance. His rebounding was unimpressive given the competition, and most disturbingly he did not run the floor on offense. Oftentimes after an Australian steal, he would be the last player from either team to cross halfcourt. As one of the most athletic players in the tournament, he should have affected the game much more than he did. His effort level was in marked contrast to his athletic peers on the American team, who crashed the boards, pressured the ball and couldn’t wait to get out in transition.* Exum seems like an intelligent, high-character kid, so I would surmise that his poor floor game is more the result of always being the best player against lowly competition than any problems with his competitiveness.

*Exum gets a bit of a pass because he was coming off the foot injury, had a sprained ankle and had to do everything offensively, but that alone could not explain how bad he was off the ball.

Those same issues were apparent in the Australian high school games I watched, and they are slightly disturbing. He spends much of the game literally walking. American high schoolers with his athletic traits often seek to dominate the game in all aspects in an effort to will their team to victory, and especially are willing to get out in transition and hit the glass. Does it say something about Exum that he does not seek to dominate lesser opponents in this way despite having such an athletic advantage? As I said previously, probably not. He’s young and has played little high-level basketball, so one would think this could be fixed in time.  But it would be nice if the instinct to dominate in the floor game were a more innate quality for him.

The lack of familiarity is also a huge risk just based on the sample size. We have few statistics with which to evaluate Exum. While Kevin Pelton admirably translated his numbers at the U-19s based on the other college players who participated (and Exum graded well), it is hard to put much stock in such a small sample. It is quite possible he just happened to have his best days the few times the spotlight was on him. These are the risks that must be weighed.

Another issue is that Exum will likely really struggle to stay on the floor at first in the NBA due to the floor game issues I mentioned. Regardless of whether he ever gets it, Exum is going to be absolutely awful defensively at first, having no idea how to get over a screen, play helpside or get into a stance. But with experience, he has the raw tools to become an excellent on-ball defender. The few times he really gets down and guards, he is quick enough to completely cut off his man–the trick will be getting him to do that every time.

Despite the high risk, I believe it will be hard for a player of Exum’s physical gifts and solid feel to completely fail. It is hard to imagine that he won’t at least be excellent at getting to the basket, although whoever drafts him must be patient. With the sad news of Joel Embiid’s navicular stress fracture, Exum deserves a hard look at high as number two in the draft. The question is whether any decision-makers would be willing to pull the trigger on the unknown international prospect over the better-known names in this draft. He could be Darko Milicic, or he could be worth it. I lean toward the latter evaluation.