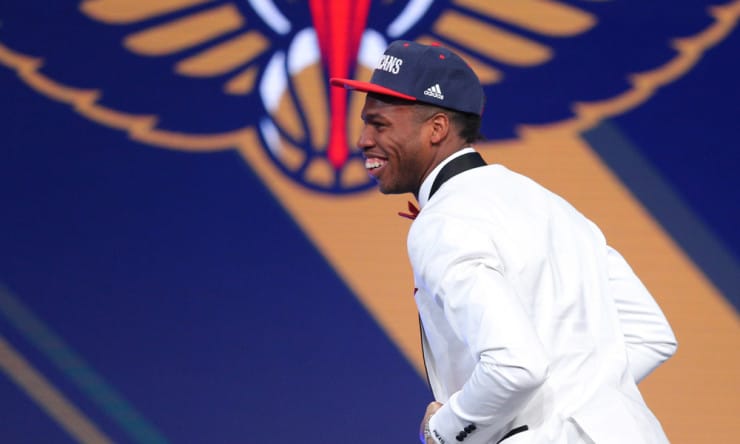 With the sixth pick in the draft, the New Orleans Pelicans have selected Buddy Hield out of Oklahoma. Hield was widely considered a player who’s ready to play immediately and make an impact in the NBA.

The pick makes sense for the Pelicans as it gives them a terrific scorer to add next to Anthony Davis. Hield finished second in the country in scoring, averaging 25 points per game. He also averaged 5.7 rebounds, two assists and 1.1 steals per game for the Sooners.

Hield will go to New Orleans and give them a great shooting threat as he shot a staggering 46 percent from three-point range last season for the Sooners. His 147 three-point makes were tops in the country, which established him as one of the best shooters in this class.

In addition to his great shooting, Hield also displayed the ability to get to the rim and finish well. Hield wasn’t known to be a great defender in college, but does possess a 6’9 wingspan that will be an added benefit for the Pelicans on defense.

Hield is the first draft pick since Anthony Davis in 2012 the Pelicans have kept on the roster, as they’ve traded the last two draft picks in Branden Dawson (2015) and Nerlens Noel (2013), and didn’t hold any draft picks in 2014.

The Pelicans were linked heavily with point guard Kris Dunn early in the pre-draft process, but he climbed up the draft boards in recent days and was already off of the board for the Pelicans. Dunn talked extremely high of the Pelicans at the combine and seemed excited to be potentially paired up with Anthony Davis.

There were some questions for the Pelicans regarding if they would end up trading the pick if their guy wasn’t available to them at the sixth spot, but it appears as though they’ll be holding onto Hield for the time being.