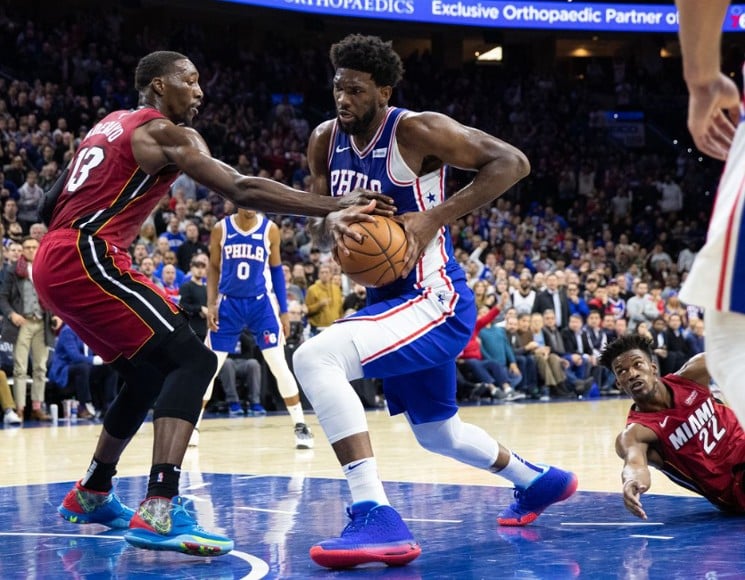 This is going to be one of the more interesting games of Wednesday’s NBA slate. However, Philadelphia should be able to sneak this one out, although they haven’t necessarily looked great in their past three games.

No injuries are listed on the injury report.

Philadelphia will travel to Cleveland on Wednesday for a battle versus the Cavaliers. For the latest NBA betting trends and NBA free picks on Wednesday’s game, check out our 76ers vs Cavaliers preview below.

The Philadelphia 76ers started the James Harden era playing at an extremely high level. Ever since that honeymoon phase is over, the Sixers haven’t been enjoying the play they have been able to produce.

They’re going to be coming into this one losing two out of their last three games including losing to the Denver Nuggets in their most recent one on Monday. In that game, Joel Embiid did everything he could to get the 76ers a win as he finished with 34 points, nine rebounds, and four assists.

The Cleveland Cavaliers are another team who hasn’t really enjoyed their recent games. They’re going to be coming into this one only winning four of their last 10 games and most of that is due to some of the injuries that they have had to deal with.

They’re going to be coming off an impressive win against the Los Angeles Clippers where they were able to win by nine in overtime. Evan Mobley was able to show off his skills in this one as he finished with 30 points and six rebounds.

On the season, Cleveland has the ninth rated net rating, the 22nd ranked offensive rating, and the fourth rated defensive rating.

For this game, I like the Philadelphia 76ers to cover the spread. I do think that this team is going to get back on track sometime in the near future, and despite not necessarily playing well in their last three games, this trend shouldn’t continue.

Superstar Joel Embiid usually does a great job against this Cavaliers team even when Jarett Allen is out there on the court. Jarett Allen will not be playing, as he is injured, which leads me to believe Embiid will have an even better night than he normally does against Cleveland.

Get free NBA bets for the 76ers vs Cavaliers game at BetOnline below.