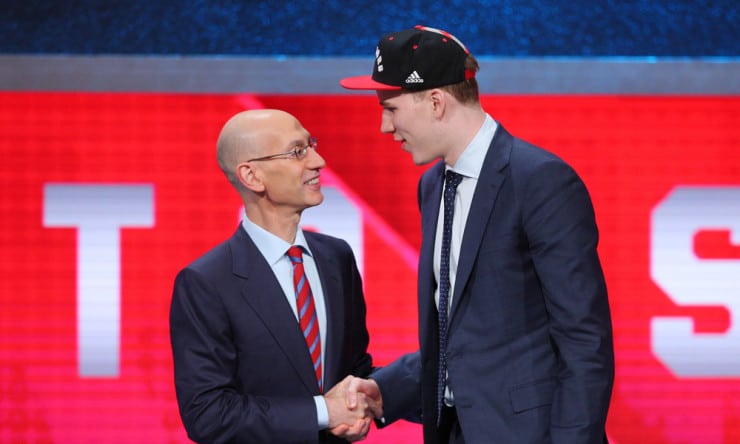 The Raptors are attempting to strengthen their frontcourt, which could be a major need for the franchise this summer if center Bismack Biyombo leaves via free agency. Biyombo could in line for a huge pay increase and with the Raptors already deeply invested in starter Jonas Valanciunas, the selection of Poeltl is more of an insurance policy.

Poeltl earned Pac-12 conference player of the year this season, posting averages of 17.2 points and 9.1 rebounds per game. Toronto also have another pick in the first round (No. 27).

This is the second straight season the Raptors have selected a player from the University of Utah, selecting guard Delon Wright with the No. 20 overall selection.

The seven-footer could be in a position to contribute immediately for a Raptors team coming off of a Eastern Conference Finals appearance, which is a rare position for a rookie to be placed in. However, before Toronto can think of reaching those heights again, they must re-sign All-Star guard DeMar DeRozan, who will be an unrestricted free agent this summer.