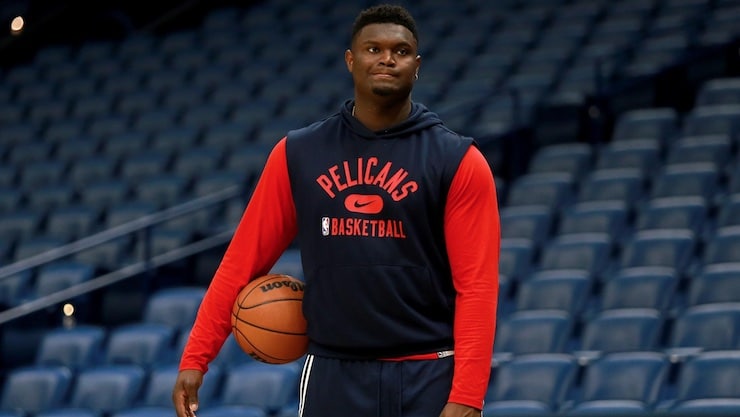 For all-star PF Zion Williamson, it’s been a continuous struggle for him to remain fully healthy. In his fourth season with the Pelicans he’s played in 114 games. He missed the entire 2021-22 season with a foot injury. This season he’s played in 29 of their 38 games and it was reported yesterday that he is out for at least three weeks with a hamstring injury. A former league player stated that he thinks Williamson’s body is not built for the NBA.

There’s no denying the 22 year old’s dominance when he is healthy and playing. For his career he averages 26/7/3 and those are not numbers to just turn your head at. Zion plays a unique brand of basketball for the way the league has been evolving.

Shooters are arguably the most players in the league right now, but that’s not how Williamson plays. He uses his massive says and explosiveness to finish near the rim. Louisiana Sports Betting sites have the Pelicans at (+1800) to win the Finals this season.

With his injury history in mind, former NBA player Eddie Jones explained why he thinks Williamson’s body is not built for the NBA.

“I don’t think Zion Williamson is going to play 70+ games. I’ve said this even before he got drafted. We’ve never seen a body this big, this explosive play this game. He puts so much torque on his body. His body is not built to play this game” – Eddie Jones

Like most, Jones does not deny that Williamson is a talented basketball player, but he is worried by Zion’s latest injury. He said it was a non-contract injury and that tells him that the 22 year old has some tightness going on. Luckily, New Orleans are in decent enough position to miss Williamson for a small portion of time, but hopefully no longer than a month.

New Orleans are currently third in the Western Conference, but the Grizzlies and Nuggets only have a half-game lead over the Pelicans. If they find a way to survive this stretch where they won’t have Zion, they could still be in great position to be a top team in the West after the all-star break.