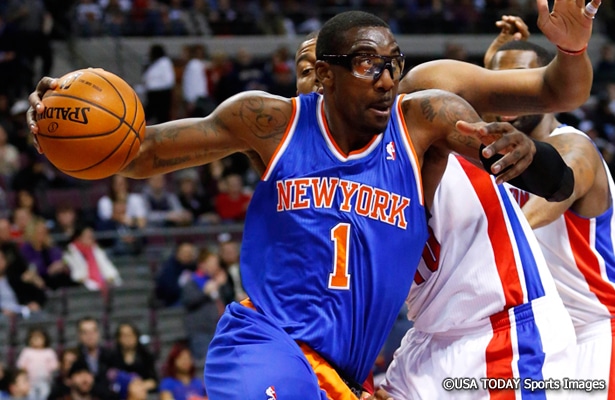 Amar’e Stoudemire signed a contract with the New York Knicks and subsequently announced that he’ll retire from the NBA, the club said in a statement Tuesday. “I want to thank Mr. Dolan, Phil [Jackson] and Steve [Mills] for signing me so that I can officially retire as a New York Knick,” Stoudemire said.

“I came to New York in 2010 to help revitalize this franchise and we did just that. Carmelo [Anthony], Phil and Steve have continued this quest, and with this year’s acquisitions, the team looks playoff-bound once again. Although my career has taken me to other places around the country, my heart had always remained in the Big Apple. Once a Knick, Always a Knick.”