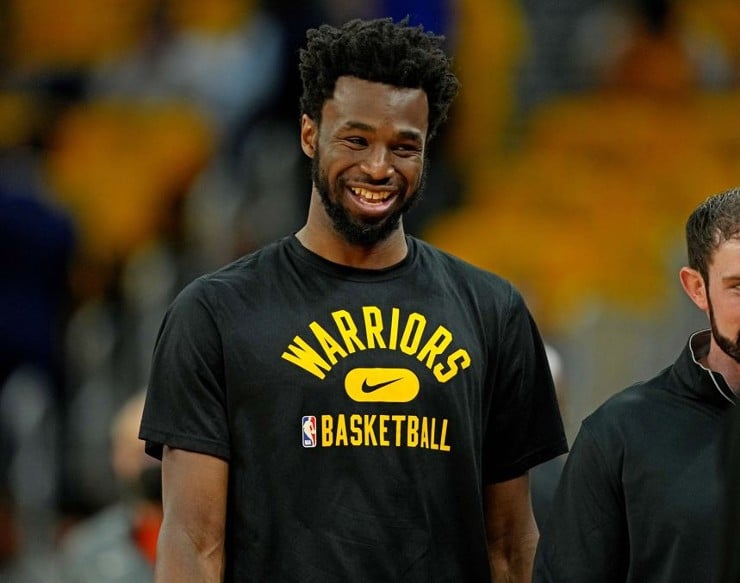 The Golden State Warriors have have their ups and downs so far this season with an even 13-13 record. Steph Curry and his team are fourth in the Pacific Division and are tenth in the Western Conference. Golden State does not look like the same team that won the Finals last season. The Warriors have struggled to close out games late and the same thing happened last night vs Utah.

Now, the Warriors gave the media and update and said that Andrew Wiggins will miss the next two games which included last night’s 124-123 loss to the Jazz. He’s missing time due to a right adductor strain. Wiggins has missed four games for the Warriors this season, but has started in all 22 games he’s played. Golden State has been trying to muddle by without for the time being.

NBA betting sites have the Warriors at (+800) to win the Finals this season.

Stephen Curry and Andrew Wiggins are the ONLY pair of TEAMMATES in NBA History to record at least:

Wiggins to be reevaluated on Warriors upcoming road trip

In his last game played on 12/3, Wiggins had 36 points in the Warriors win vs the Rockets. He knocked down eight three-pointers in that game. Wiggins shoots 36 percent from beyond the arc for his career. This season, he’s knocking down three’s at a lethal 45 percent. Wiggins has never finished a season above 40 percent from deep. He was extremely close ending with 39.3 percent from deep last season. He spoke on that.

“I want to be above it. That’s what I aim for. I feel like once you get past 40, people look at you different.” – Andrew Wiggins

Wiggins is quietly having a career-high season from beyond the arc right now and has the potential to be well above 40 percent from beyond if he keeps playing at this pace. He’s had at least three triples in half of the games he’s played in this season. He’ll miss his first chance to play the Boston Celtics since the NBA Finals last season. At 21-5, the Celtics will surely be looking for some revenge against the team that ended their postseason run in game 6 last year.