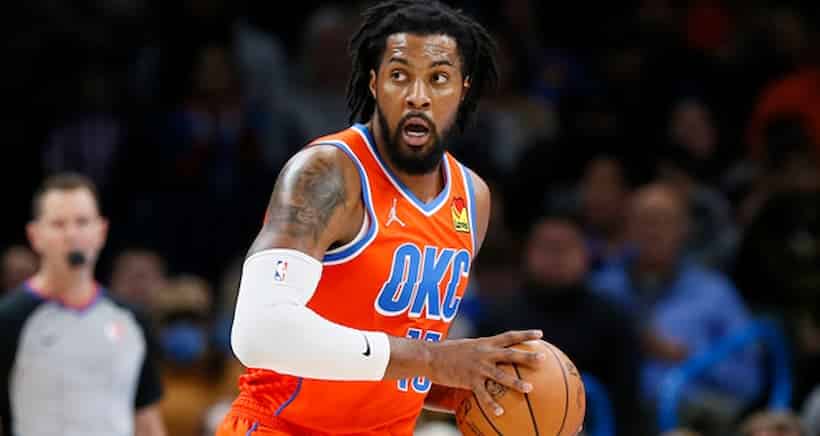 The 2022-23 season has not played out how the Atlanta Hawks hoped it would as injuries and disconnect between the coaches and playing staff have held the tea back. Trae Young and the Hawks are 19-21 so far this season and are 4-6 in their last ten games. John Collins has gotten his chance to shine again for the Hawks as Clint Capela deals with a lingering calf injury. That’s also why the Hawks went out and added this NBA veteran to the roster as well.

Georgia native Derrick Favors signed a 10-day contract with the Atlanta Hawks and will look to make his season debut. Favors was a member of the Oklahoma City Thunder where he averaged (5.3) points and (4.7) rebounds per game.

Now, he has a chance to add some depth to the Hawks frontcourt as they wait on the return of big man Clint Capela. Georgia Sports Betting sites have the Hawks at (+10000) to win the Finals this season.

Favors might not be the most flashy name for the Hawks to sign, but it’s the significance of the signing that really matters. Starting center Clint Capela has not played since 12/23 and has a lingering calf injury that may be worrying the Hawks. His durability is key for Atlanta as he’s played over 60 games nine-times in his career so far. Most recently in the 2020-21 season where he made 68 appearances off the bench for the Jazz.

Nate McMillan on Clint Capela’s availability for Milwaukee tomorrow: “Hopefully we’ll get good news that he is close or ready to play.” pic.twitter.com/CbXypw99Gv

The most notable loss the Hawks have had while Capela is off the court is his elite rebounding. Atlanta ranked 9th in the league for rebounds per game before his injury and have fallen all the way to 23rd since he’s been out. That’s a significant drop-off and it shows just how much Capela means to the Hawks in the rebounding department. Head coach Nate McMillan has tried to remain positive in his out-look on when their starting center might make a return.