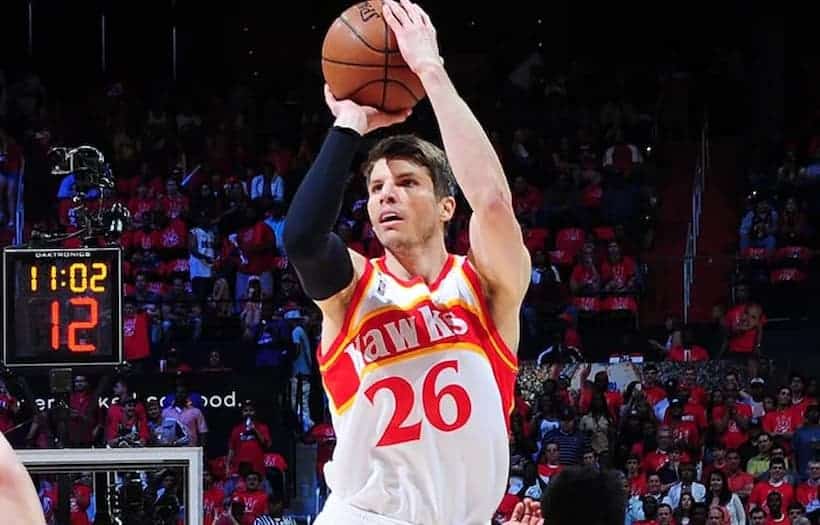 The season may not be playing out as the Atlanta Hawks may have intended it to, but they are making moves internally to better the franchise. A 19-22 record puts the Hawks at ninth in the Eastern Conference and they are 3-7 in their last ten games. Today the Hawks announced that they are promoting Kyle Korver to Assistant General Manager as they try to reshape their front-office after some drama over the past few months.

Korver spent the past few months of the 2022-23 season as the franchise’s director of player development and affairs. Hawks GM Landry Fields says he has plans for Korver to be an integral part in reshaping their front-office looking forward.

ESPN’s NBA insider Adrian Wojnarowski had the scoop earlier today about Korver’s promotion. Georgia Sports Betting sites have the Hawks at (+10000) to win the Finals this season.

ESPN Sources: The Hawks are finalizing a deal to make Kyle Korver an assistant general manager. Korver moves up in the front office under GM Landry Fields after several months as the franchise’s director of player affairs/development. Korver was a 2015 All-Star with Atlanta.

Kyle Korver promoted to Assistant GM for the Atlanta Hawks

Korver has been with the Hawks since July 2022 and the front-office has seen a lot of turnover since then. The teams President of Basketball Operations Travis Schlenk stepped down from his role and GM Landry Fields made a few more moves as well. Three high-level executives were also let go from the Hawks front-office.

Sources say that promoting Korver was one of Fields top priorities after making several other staff changes. Fields is a new GM this season as he was promoted from Korver’s position to where he is now. Drama has been brewing in Atlanta recently as reports that head coach Nate McMillan may resign mid-way through the season. He did not exactly deny the rumors and this could be a problem moving forward. Korver and Fields have their work cut out for them as the team has also been underachieving on the court as well.

The 41 year old Korver spent 17 seasons in the NBA, and five of them were spent with the Hawks where he also earned his only all-star appearance in 2014-15. He spent time with the Brooklyn Nets in the 2021-22 season in a player development role for the team and he’ll be a crucial part in the Hawks’ player development strategies moving forward.