Connect with us
Home » news » Basketball Insiders Week In Review 1123 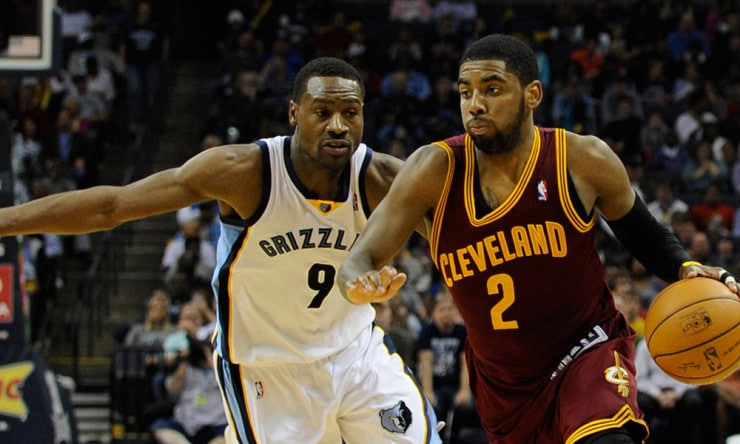 When Kobe Bryant began playing basketball at the ripe young age of three, what do you think he dreamed of?

When, at the age of 10 years old, he began dissecting film of some of his predecessors, what do you think he imagined for himself?

Do you think Bryant hoped to merely be renowned as the Robin to Shaquille O’Neal, one of the most dominant centers the league has even seen?

Or, do you think Bryant dreamed of one day being known as the greatest player that has ever lived?

What do you think Kyrie Irving dreams of?

Which Struggling NBA Teams Should be Concerned?

Every offseason is full of optimism and promises of improvement from everyone up at the top of NBA front offices all the way down to the players. We are now a little over a month into the regular season and are able to gauge the reality of how teams are starting to shape up. Teams like the Philadelphia 76ers, Orlando Magic, Detroit Pistons and Minnesota Timberwolves were expected by many to have a rough go of things this year due to having rosters filled with younger players, lack of superstars, coaching changes, and/or very little team continuity. Today here at Basketball Insiders we are going to take a look at some of the teams whose early season struggles were a little more unexpected and need to be looked at further. These are teams with losing records that had higher expectations that we may need to keep an eye on later for possible player movement and coaching changes later on as the season progresses.

The 2014-15 NCAA season officially kicked off this week, giving us our first chance to evaluate the 2014 recruiting class and the improvements of some of the top players who passed on the 2014 NBA Draft. However, in our first full 2015 NBA Mock Draft, it’s not a college basketball player at the top, but an international prospect as Emmanuel Mudiay has not only shown some serious potential while playing professionally in China, but also fits the 76ers’ needs more than Jahlil Okafor given the presence of Nerlens Noel and Joel Embiid. Just like in season’s pasts, underclassmen not projected to go in the first round are not included at all and team needs are taken into account.

The Orlando Magic didn’t get off to the best of starts this season, but as things are starting to settle in the Magic are starting to find their way. The return of second year guard Victor Oladipo should help, as his energy and defensive presence was clearly missed as he rehabbed from a broken orbital bone he sustained in practice just as the season opened.

With Oladipo back in the lineup this week, his team’s energy level has been noicably better, especially on the defensive end.

“I just think they feed off the way I play,” Oladipo told Basketball Insiders. “When they see me flying around and playing D, helping and rebounding, I think it’s contagious. We just got to continue to build off that and continue to do that.”

Oladipo’s role as spark plug has been welcomed by his teammates, pushing Oladipo into a leadership role especially among the young guys on the team.

Copeland Steps Up for Depleted Pacers

When Chris Copeland was first signed to play for the Indiana Pacers, the plan was for him to help fill out a rotation that many thought had the chops to make the NBA Finals. They came close last year, making it all the way to the Eastern Conference Finals, but Copeland was barely a footnote in the journey there. He averaged a paltry three points in just under seven minutes per contest in the playoffs.

However, this year has been an entirely different story, as Copeland leads the team in scoring with 14.2 points per game. A lot of that has to do with all of the injuries the team has sustained this season, but regardless of the reason, he’s taking advantage of a really solid opportunity. He says last year’s banishment to the back of the bench has helped him appreciate the current season a whole lot more.

It’s been three weeks since the 2014-15 NBA season started, and there have already been a number of interesting surprises. While the sample size is still relatively small since it’s still early in the season, we wanted point out some of these shocking developments and look at the reasons behind them. Here are 10 of the biggest early-season surprises:

5 NBA Players Off to a Surprising Start

As most NBA teams approach the 10-game mark on their season, we’re beginning to get an idea as to which teams are for real and which teams might need some more work. While it’s entirely too early to gauge a team’s season, there have been some starts that have been surprising either for good or bad reasons. Additionally, there have been some individual performances that have garnered a lot of attention thus far. Let’s take a look at some of the most surprising starts of the season:

The Education of Gerald Green

There are a lot of things Gerald Green would have done differently throughout his NBA career. How he started it is not one of them.

Green entered the NBA Draft in 2005 from Gulf Shores Academy in Houston, Texas, prior to the league eliminating the possibility of making the jump straight from high school. He was a teenager at the time who thought he was ready to tackle the pros. College was of little interest to him.

The high-flying dunker was quickly grounded, though, as he bounced around to four teams in as many seasons. He was out of the NBA by 2009. If Green were to start his career all over again, he wouldn’t change its beginning.

A look at the rookie PER leaderboard is a stark reminder of how unprepared almost all rookies are to contribute to winning basketball. This is especially the case in the modern era, where the highest-drafted players are usually 20 or younger and the more polished older players often lack the talent to make an immediate impact. At this point, all that can be hoped for are flashes indicating what these rookies can someday be, as well as confirmation that they can compete athletically.  Let’s check in on some of the more heralded rookies.

As the 2014-15 NBA season continues to gain momentum, one date to mark on the calendar is December 15, 2014. This is the day where free agent signees become eligible to be traded and perennially kicks off the NBA’s trading cycle. So in essence we’re just a month away from when things could get very interesting around the league.

While league executives aren’t restricted from making moves before December 15, most front office’s opt to be patient during the early going in order to allow their respective rosters to gain cohesion.

With an influx of players becoming eligible in the trade market, executives can put together more robust deals involving more impactful assets. This becomes helpful in pulling the trigger for bigger name players or guys on the rise at their respective positions.

NBA Rookie Of The Year Watch: Parker Still in the Lead

Three weeks of the season are in the books, and for the third week in a row Jabari Parker takes the top spot in Basketball Insiders’ Rookie of the Year Watch.

Despite being heralded as one of the most talented rookie classes of the last decade, this year’s rookie class collectively is struggling with consistency.  There have been flashes of excellent play from notable players like Jabari Parker and Andrew Wiggins, but overall it has been a shaky start for the rookies.  Basketball Insiders’ analyst Nate Duncan just released a thorough breakdown of some of the rookies, which you can find here.

With that said, let’s see who has made the biggest impression through three weeks of the season.

The expectations for the Knicks heading into the 2014-15 season were not high.

Considering the Knickerbockers were coming off a bitterly disappointing 2013-14 campaign in which they missed the playoffs despite playing in a sub-par Eastern Conference, the bar was set rather low.

Still, with Phil Jackson now calling the shots, and a new head coach in place, there was hope in some corners of NYC that this group might actually turn it around. Some believed the mythical triangle offense might release untapped potential.

However, the Knicks have somehow managed to disappoint even those New Yorkers who had low-to-modest expectations back on Opening Night.

For the first time in ages, LeBron James is not currently a part of any legitimate MVP discussion. That isn’t to say he isn’t still one of – if not the – best basketball players on the planet, but James, while playing phenomenally by just about anyone else’s standards, simply hasn’t reached the level we’ve all grown accustomed to expect from him. More importantly – especially when discussing the MVP award – his Cavaliers have yet to figure out how to maximize all of the talent on that roster.

It’s still very early and while players like James, Chris Paul and Blake Griffin among others will undoubtedly receive all the praise they are due at some point, for now it is admittedly as refreshing as it is surprising to have some new names entering the conversation alongside a few familiar ones.