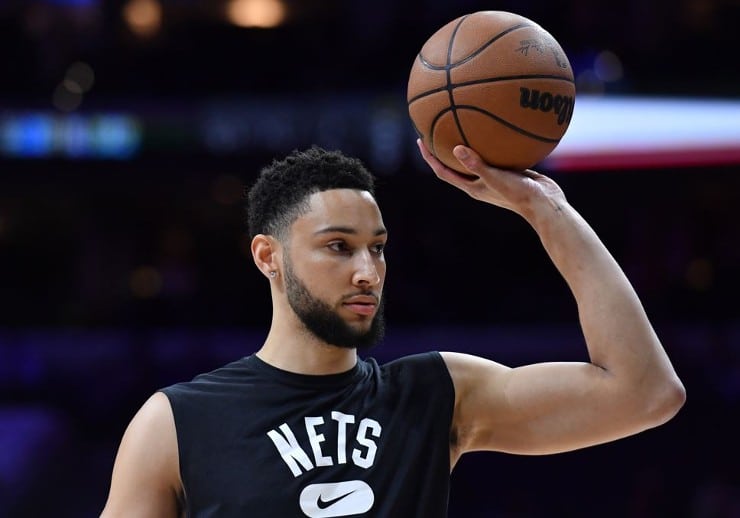 Last night’s loss to the Boston Celtics was the next first game of many over the next month where they will not have Kevin Durant. The glaring issue for Brooklyn is how are they going to replace the production of he nearly 30 points per game that Durant averages this season. Some thought it could be Ben Simmons, but he’s facing criticism after scoring zero points for Brooklyn last night.

Brooklyn’s top scorer was Kyrie Irving with 24 points, but the Nets fell short in the fourth quarter after keeping it close through the first three quarters. Simmons having zero points is going to hurt the Nets if his play continues that way moving forward.

New York Sports Betting sites have the Nets at (+750) to win the Finals this season.

Back in action on Sunday pic.twitter.com/fQJjRqkVSl

There’s just no denying that Ben Simmons is not the same player he once was when he played for the Sixers. His play-making abilities and defense are still top-notch, but his offensive production has not been the same since 2021. Simmons has had 20 or more points two times and over 10 points nine times this season. He averages (7.5) points per game in 2022-23.

Credit is due for Simmons in what he did well. He did have 13 assists and 9 rebounds in the game, ten of those assists coming in the first quarter. Hall of Famer Shaquille O’Neal had this to comment about Simmons after the game with the NBA on TNT crew.

The Nets are not asking Simmons to go out their and replace the 30 point per game that Kevin Durant provides to the team. That just would not happen. A solid 10-14 points per game from Simmons while Durant is out could be more than beneficial for the Nets. Brooklyn’s hot shooting from deep over their previous 20 games subsided last night vs the Celtics. Their next game is Sunday vs the Oklahoma City Thunder.