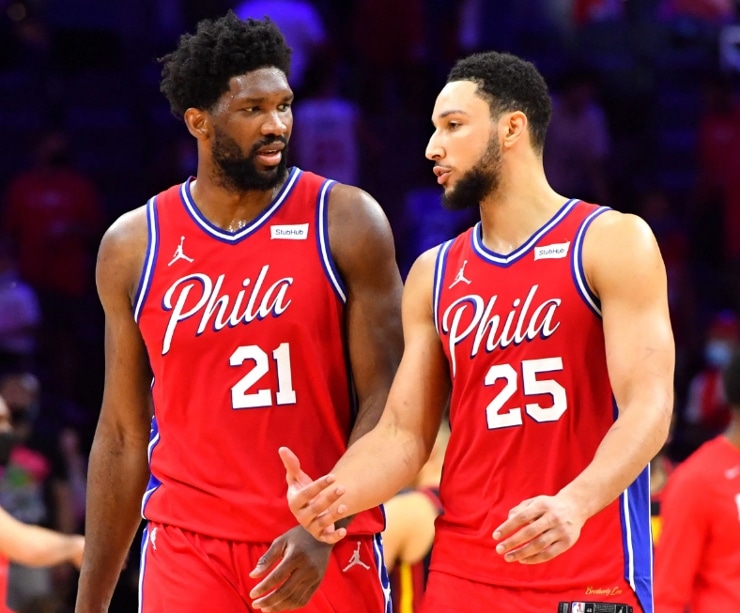 Philadelphia 76ers point guard Ben Simmons is refusing to play with four-time All-Star Joel Embiid. When head coach Doc Rivers was asked why Simmons wanted to leave Philadelphia, he said, “That’s a good question. You know, it’s a tough answer, because it wasn’t as clear as we probably would want it. You know, wanting to change places for whatever reason.”

According to sources, the 25-year-old Australian believes his NBA career will improve without playing alongside Embiid. The Sixers are building the team around Embiid, not him. Coach Rivers is not building the team around Simmons’ style of play. The main concern is sharing the floor. Earlier this month, Embiid made it a point to mention that he “loves” playing with Ben Simmons. The rift rumors weren’t true, according to the 27-year-old Cameroon.

Doc Rivers on the @sam_amick report: "This isn't the first time that guys didn't think they could play together. This is basketball. I don't think this is any Earth shattering thing." https://t.co/N5zLNL78lh

However, NBA analysts believe Embiid was just complimenting Simmons, in attempt to buff his trade value. Embiid wants him to be perceived as a team player. This is a possibility, too. Last week, it was confirmed that the point guard is also unwilling to report to 76ers training camp. In summary, Simmons wanting out is not personal. He wants to play in an offense that suits his style of play.

Bovada special: Where will Ben Simmons play next season?

Per Bovada, Philadelphia possesses the best odds (+150) of Simmons playing his first game of the 2021-22 NBA season with the team. Though, the Sacramento Kings have the second-best odds (+400), followed by the Denver Nuggets (+1800) and Golden State Warriors (+2000).

As stated multiple times for Basketball Insiders, Simmons wants to play for a California-based team. This includes the Los Angeles Lakers, Los Angeles Clippers, Sacramento Kings and Golden State Warriors. Although the Lakers and Clippers have shown little to no interest, an in-season trade could happen. The same scenario is likely for the Warriors.

Would the 76ers shop Ben Simmons for Andrew Wiggins?

Moreover, Andrew Wiggins is not vaccinated. This means he will not be allowed to play in home games for the Warriors until he fulfill’s the city’s vaccination requirements. Front office analysts are recommending to Golden State general manager Bob Myers to trade his forward. Preseason begins on Oct. 3rd.

While Myers could shop Wiggins to the 76ers for Simmons, why would Sixers general manager Elton Brand agree to this trade? Based on the NBA’s health and safety rules for COVID-19, unfortunately, this lessens Wiggins’ value. If he will not be allowed to play, all other teams will hesitate to trade for him.

Furthermore, the Warriors would have to send multiple first-round draft picks to the 76ers. The asking price remains high. Daryl Morey, Philadelphia’s president of basketball operations, is not budging. For a reminder, back in early July, Simmons bought a mansion for $17.5 million in Hidden Hills, California. This reaffirms his desire to play on the west coast. The drama continues.