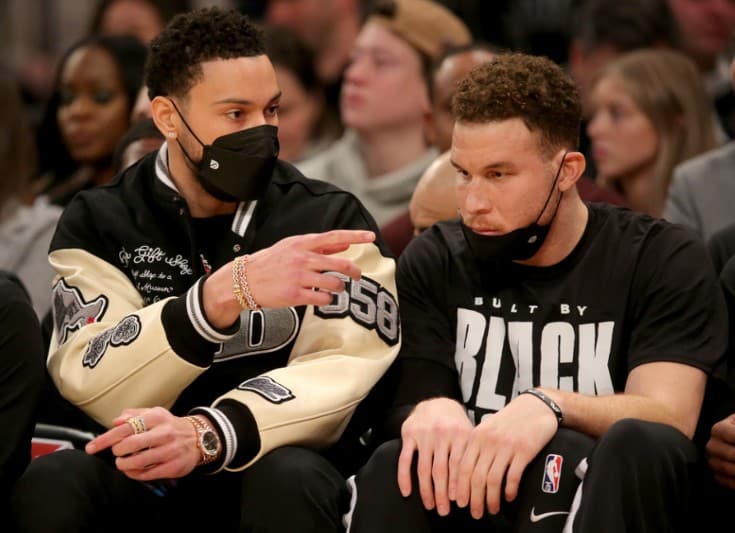 Ben Simmons has been in the NBA headlines these past several months. The three-time All-Star skipped training camp and demanded a trade before the 2021-22 NBA season began. On Feb. 10, 2022, the guard was finally traded from the 76ers to the Nets.

Of course, Simmons has missed more than half of the regular season. Will he play soon? BetOnline oddsmakers are counting on it. His projected 3-pointers made in the regular season, free throw shooting percentage, points per game and other prop bets have been updated.

Ben Simmons 3-pointers made in the regular season

BetOnline oddsmakers are not expecting Simmons to sink even two 3-pointers during the regular season. Though, when he returns from conditioning, his style of play might be the missing piece to support Kyrie Irving and Kevin Durant. The guard only needs to make two shots from behind the arc.

Even in a standout player’s worst season, it would be difficult for any All-Star guard to come up short on this prop bet. Two made 3-pointers is a probable outcome. To check out more NBA BetOnline specials, go to the main page.

Moreover, the odds are even for Simmons’ free throw shooting percentage in the playoffs. At this point of the regular season, some bettors are unsure on whether or not the Nets will even qualify for the postseason. They are currently 31-28 (.525) and rank eighth overall in the Eastern Conference.

As stated above, Simmons’ career free throw shooting percentage in the regular season is 59.7%. After all the games he missed this season, not many folks are expecting the guard to shoot over 61% at the free throw line.

Nonetheless, the 25-year-old has improved in recent years. Last season, he shot 61.3% from the line. And, in the 2019-20 season, he averaged 62.1%. One could argue that Ben will be well-rested, but too much time off could be a downfall for any great player.

Furthermore, the guard’s points per game average is set at 14.5. Over the course of four seasons in Simmons’ NBA career, he averaged 15.9 points per game. This is based on a total of 275 contests. The guard is hoping his season debut for the Nets will be against his former team on Mar. 10.

Now, it can be easier for a player to average 20 points in a smaller sample size of games played, especially if he has Kevin Durant and Kyrie Irving as his teammates. So, this explains why picking the over is sensible. Go with your gut instinct. Other NBA BetOnline specials are on the main page.

All season props specials were retrieved from BetOnline. Click below to claim a free bet, if you’re a new customer.