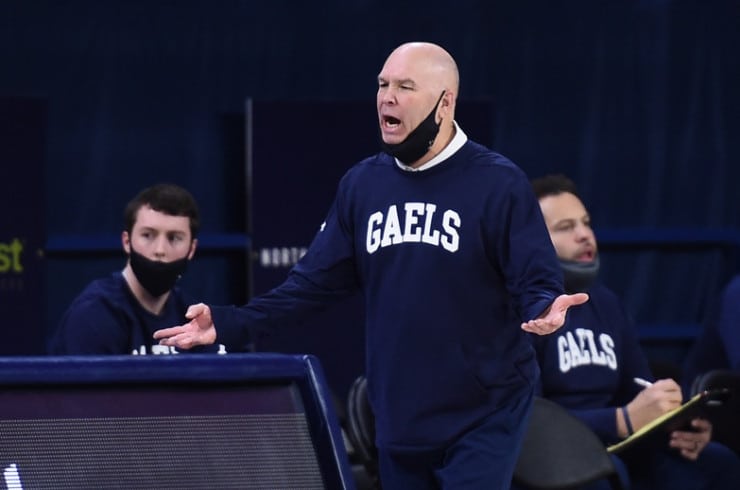 We have a limited slate for college basketball on Thursday, holding only 70 games, with only six of those being Power 5 matchups. Although it is limited, we have two big-time Big Ten matchups on tap, sixth-ranked Purdue visits Iowa and 16th-ranked Ohio State visits Minnesota. Basketball Insiders dives in and takes a look at the best college basketball picks and parlays today. College basketball betting odds can be found at Bovada Sportsbook.

South Dakota State comes into this game against North Dakota at home with a record of 9-0 at home and 5-4 ats (against the spread) at home as well. They are also riding an 8-game winning streak, with their last loss coming against Missouri State. They haven’t covered a 21.5 spread, like this one, since December 3rd against Minnesota-Morris, winning 112-47.  Furthermore, out of 21 games played, they only covered a 21.5 spread, 3 out of 21 tries. Yes, South Dakota State should win with ease, but I wouldn’t expect them to cover this huge spread, given that they haven’t succeeded in doing that this season.

On the other hand, North Dakota comes into this game with a record of 0-10 away and 3-8 ats. They come in riding an 8-game losing streak, with their last win coming against North Central (MN) on December 14th. They haven’t won a Summit league conference game all season (0-7), which is what this game is. On the positive note, they’re 6-11 ats and haven’t lost by 22 points since December 3rd at San Jose State, and it has only occurred 2 out of 20 times (10%). They brought a Cinderella story Oral Roberts team to the wire and nearly won that game. All their games have been tight, and I expect this to be no different. Ride with the underdogs in North Dakota as 21.5 dogs and I’ll see you at the cash counter.

There’s nothing like two on the fringe bubble teams going at it for a chance at the tournament in college basketball. St Mary’s will attempt to hold 3rd place in the West Coast Conference as they travel to San Francisco to take on the Dons. The Gaels are led by Alex Ducas, a junior guard, averaging 10.6 ppg, 3.7 rebounds per game, and 0.7 assists per game. They have a deep bench that will help them down the stretch, including Dan Fotu and Jabe Mullins. Now, for the Dons, they are led by Redshirt Senior Guard, Jamaree Bouyea, who is averaging 17.9/5.2/3.7 as a slash line. This will be one of the best games on Thursday aside from Purdue and Iowa.

St Mary’s enters this game with a record of 15-4 overall, 3-2 away, and 3-1 in the WCC, which is what this will be, an away conference matchup. They are 11-7 ats and 4-3 ats in road games. The Gaels rank 110th in offensive efficiency and they rank 16th in defensive efficiency. So that means they’re pretty average and balanced at best. They should come out of this one with a tightly contested win, but San Francisco will have something to say about that.

The Dons come in with a 16-4 overall record, 11-1 at home, and 3-2 in conference play. They’ve won 3 of 5 since January 8th, with losses to Gonzaga and BYU, two top dogs in the WCC. San Francisco is 6-12-1 ats and 5-8 ats in home games. Efficiency-wise, their offense ranks 76th in the country and their defense ranks 30th in defensive efficiency. The Dons look to come out with an offensive mindset but should look to keep the Gaels defense uncomfortable. This game is going to tell you a lot about the NCAA tournament and which team deserves to get in more.

At the end of the day, I believe St Mary’s defense is going to be too much for the Dons to handle. For that reason, take the more established team and a team that will clamp up near the back end of games, and take St Mary’s +3 at the Memorial Gymnasium.

Interested betting on the North Dakota team? – Don’t miss out on reading our guide about sports betting in North Dakota first!