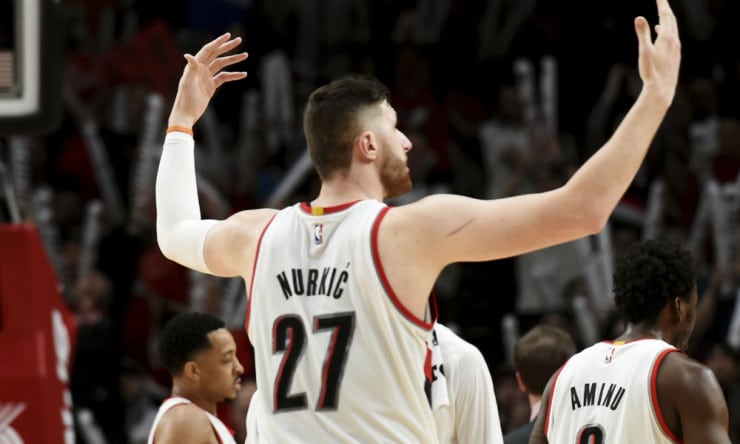 Trail Blazers center Jusuf Nurkic has been ruled out of Saturday’s game against the Houston Rockets with an ankle injury.

Nurkic was hurt midway through the final quarter of Portland’s 106-92 loss Tuesday night to the Washington Wizards. He limped off the court and went straight to the locker room after appearing to injure his right ankle on a drive to the rim. He had 15 points and nine rebounds before leaving.