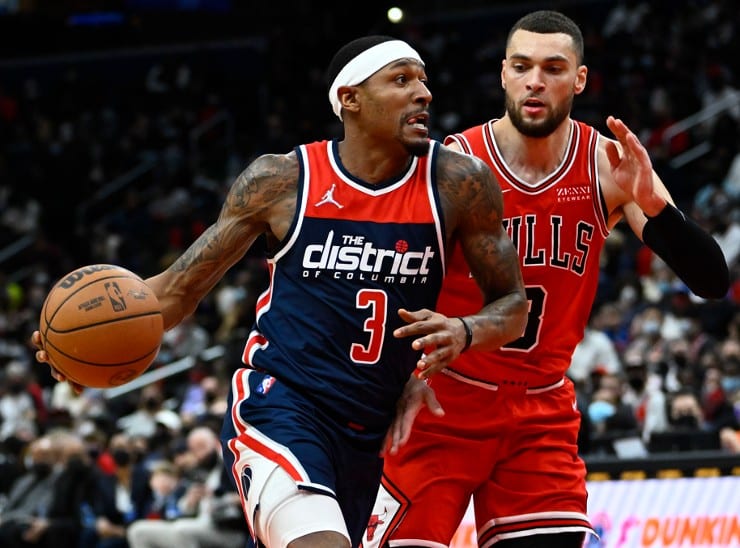 Bradley Beal is now expected to opt out of his current contract with the Wizards, so the guard can re-sign with the team on a five-year maximum deal. On Oct. 17, 2019, Beal signed a two-year, $72 million extension with the Wizards. His player option for the 2022-23 season was set for $37,262,300. However, according to ESPN’s Adrian Wojnarowski, the guard is ready to get paid. Per multiple sources, the five-year max contract is worth at least $246 million.

Moreover, Wojnarowski explained, “Beal is very likely to decline the option and re-sign with Washington on a five-year deal worth a projected $248 million that would take him through age 33.” The 11-year veteran has never made it beyond the second round of the playoffs. Beal has said in the past that he would love to play for a contending team. Truth be told, the Wizards are not quite there just yet.

Furthermore, Washington finished 35-47 (.427) last season. The team ranked 12th overall in the Eastern Conference standings. In a total of 40 games played, Beal averaged 23.2 points, 4.7 rebounds and 6.6 assists per game. He shot a career-low 30% from downtown. The three-time All-Star underwent wrist surgery in February, leading to the guard missing the remainder of the 2021-22 season.

Bradley Beal may decide to leave the Wizards in the future

So, will Beal demand a trade in the upcoming future? As of yet, superstar players in the NBA have asked for trades after signing hefty contracts. Ben Simmons signed a five-year, $169.65 million contract with the 76ers on Jul. 16, 2019.

Then, the team traded him to the Nets last season. There is a good chance that Beal will want out of Washington sooner rather than later, especially if he wants to win a ring.

Of course, Beal’s outstanding performance against the 76ers tied him with Gilbert Arenas for most points scored in a single game in franchise history. Also, he earned his first All-NBA selection that season. In the first round of the 2021 NBA Playoffs, Beal averaged 30 points, 6.2 rebounds and 4.2 assists against the 76ers.  When healthy, the guard is a top contributor for the Wizards. Though, he has not appeared in every game since the 2018-19 season.

Per Basketball-Reference statistics, Bradley Beal has a hall of fame probability of 2.3%. He would need to win a championship and possibly a Finals MVP award to boost his argument. Championship-caliber teams like the Celtics, Suns, Grizzlies and Bucks could use Beal’s help. But it would be dumb for Wizards G.M. Tommy Sheppard to send his star player to a conference contender.