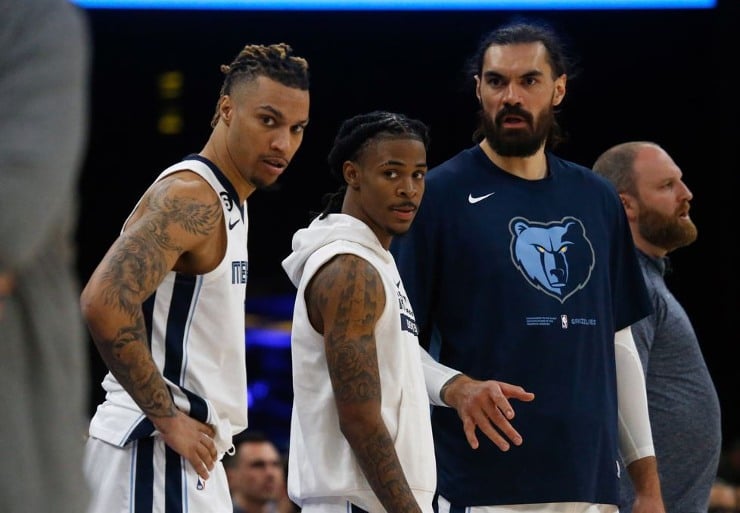 Memphis Grizzlies forward Brandon Clarke struggles to defend teammate Steven Adams at practices. There are times the 26-year-old feels less like an NBA player with Adams on the court.

“He makes me feel like I shouldn’t be out here,” Clarke told Damichael Cole of the Commercial Appeal. “It’s like I’m trying to get the board and he’s not moving. He’s the strongest person I’ve ever played against.”

A few NBA betting sites are giving the Grizzlies the 9th-best odds to win the championship in 2023. Some sportsbooks are showing higher odds than the Denver Nuggets and Dallas Mavericks.

During the last game in Portland, Steven Adams played 34 minutes and travelled 2.40 miles at an average of 4.02 MPH.#FedExPlayerTracker | @RealStevenAdams pic.twitter.com/tJG6vYp4Fr

Brandon Clarke made it a point to emphasize Adams’ high pain threshold. On Sunday, during the third quarter of the Grizzlies’ 103-97 win against the Washington Wizards, the center left the game after an ankle injury. However, he returned in the fourth quarter.

In the Grizzlies’ win over the Wizards, Steven Adams finished with 4 points, 10 boards, and 1 assist in 22 minutes. The 10-year veteran is leading the NBA in offensive rebounds right now (47).

“Whenever he’s hurt, I’m not worried about him being hurt,” Ja Morant mentioned.

As for Brandon Clarke, he closed out his Sunday outing with 16 points, 5 rebounds, and 1 assist in 21 minutes on the court. Not to mention, he passed JaMychal Green for 23rd on the Grizzlies’ all-time made shots list (878).

Brandon Clarke and the rest of his teammates are counting on Aquaman to stay healthy. Last season, Memphis finished 56-26 (.683) and No. 2 overall in the Western Conference.

It’s part of the two-year, $35 million deal the center signed with the New Orleans Pelicans in 2020. His current contract includes a trade restriction; he cannot be traded until May 1, 2023.