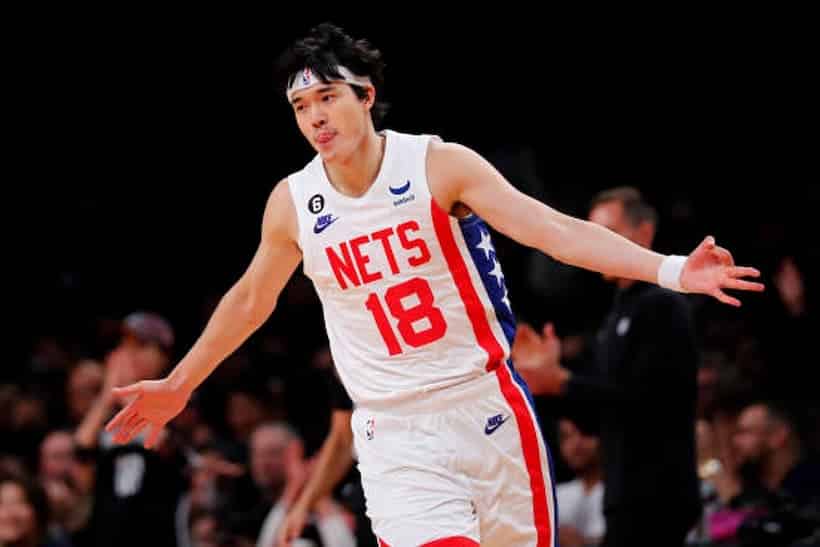 The Brooklyn Nets went on a tear through the month of December and had their best month in franchise history going 11-1. Kevin Durant and the Nets had a 12-game win streak on hand before they lost to Chicago on Wednesday night. Not only have Brooklyn’s superstars been playing lights out, their role players have are making a serious impact as well. That’s why it was announced today that the Nets are guaranteeing contracts for the rest of the season to three key role players.

Kevin Durant and Kyrie Irving do a lot of the heavy lifting for the Nets, but role players are always what take teams to the next level. That’s been true for Brooklyn this season as they have a nice rotation of players at their disposal off the bench.

The Nets gave fully guaranteed contracts to Yuta Watanabe, Edmond Sumner, and Markieff Morris. All three are deserving of these contracts and have all played a big role for Brooklyn so far. New York Sports Betting sites have the Nets at (+675) to win the Finals this season.

The Brooklyn Nets will guarantee the contracts of Yuta Watanabe, Edmond Sumner and Markieff Morris, league sources told @hoopshype. Watanabe has become one of the top 3-point shooters in the NBA. Sumner has played solid backup point guard minutes. Morris is shooting 48.7% on 3s.

The 28 year old has found a home with the Brooklyn Nets and he’s known for his fourth quarter heroics. Watanabe always seems to be open for three in the most crucial points of the game and he always delivers. His length on defense and marksmanship from range have been highly effective for the Nets this season.

The Nets got 42 points from their bench tonight, including 11 from Yuta Watanabe. The Nets wing also finished with 5 steals and 5 rebounds. #NETSonYES pic.twitter.com/tKbmoqFpx8

Twenty-six year old Edmond Sumner missed all of last season with a torn Achilles and was signed to a partially guaranteed deal by the Nets. Today he earned a fully guaranteed contract for the rest of the season. His six-foot four frame is length that the Nets love having off their bench and Sumner plays with a different speed than most.

Sumner will drab a rebound on the defensive end and take it coast to coast without any hesitation and finish at the rim going 100 mph. He doesn’t play every single game for the Nets, but he makes the most of his playing time when he sees the court.

The final fully guaranteed contract that Brooklyn gave out today was to twelve year NBA veteran Markieff Morris. He’s only played in 19 of the Nets’ 38 games this season and Brooklyn love the veteran presence he brings to the locker room. Brooklyn’s owner Joe Tsai made a personal recruiting pitch for Morris to join the team.