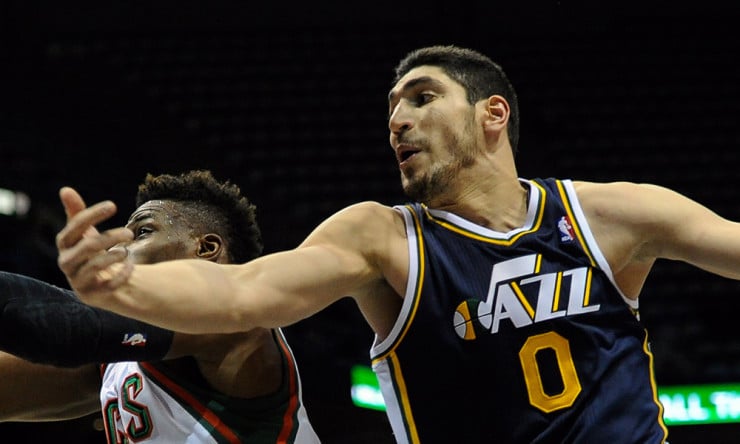 The Milwaukee Bucks are known to be among the teams that have interest (acquiring Enes Kanter), in part because coach Jason Kidd has had a front-row seat to some of Kanter’s best games in the past two seasons. He averaged 19.5 points and nine rebounds in two games against Kidd’s Brooklyn Nets last season, then finished with 23 points and 16 rebounds in Utah’s lone game against the Bucks this season. Kidd, it’s safe to say, took notice and would love to add him to his group that has been such a pleasant surprise this season (30-23).

via Jeff Zillgitt and Sam Amick of USA TODAY Sports