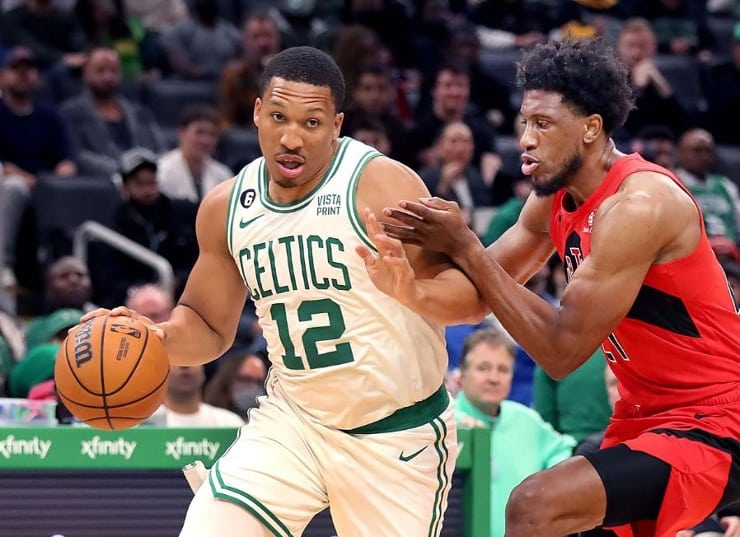 Boston Celtics forward Grant Williams was disappointed that he was unable to negotiate a new deal with his team. During an interview with Shams Charania of The Athletic and Stadium, Williams discussed his contract negotiations.

Some NBA betting sites are giving the Celtics the second-best odds to win the championship in 2023. Though, a few sportsbooks now have the undefeated Milwaukee Bucks as the top favorite this season.

Celtics forward and NBPA VP Grant Williams sits down with @Stadium: “(No extension) is disappointment but you know how much you’ve worked…You may be able to get a better deal.” Also: Mental health, CBA, 3-star recruit to impact NBA player, new shoe deal with Jordan Brand, more. pic.twitter.com/RZofjDNtuZ

“For me, it was a disappointment, but you know how much you’ve worked — you let your work show,” said the Celtics forward. “And, who knows. You may be able to get a better deal than you were in the contract negotiations in the first place.

For me, that’s the confidence I have walking into it saying like, ‘You let your craft show, where you are and where you will be in the future.'”

Indeed, Williams plays with a temper at times. It showed in last Monday’s loss against the Chicago Bulls, when he got up from the floor after fouling Zach LaVine and made contact with an official. He was then issued a one-game suspension.

“I’ve had a chip on my shoulder since I first started playing basketball. I remember my dad and uncle sat me down and said, ‘Hey, if you don’t want to play basketball, we understand.’

A lot of times, people think you don’t have that potential, that growth, or that opportunity. And then you go out there and prove them wrong. I’ve done it my entire life…”

While Williams’ contract negotiations fell short with the Celtics, the forward did get one deal done. During his interview with the NBA insider, the forward announced his shoe deal with Jordan Brand.

For their season opener, in the Celtics’ 126-117 win over the Philadelphia 76ers, Williams ended his outing with 15 points, 1 board, and 1 assist in 24 minutes played. He finished 8-for-8 shooting overall.