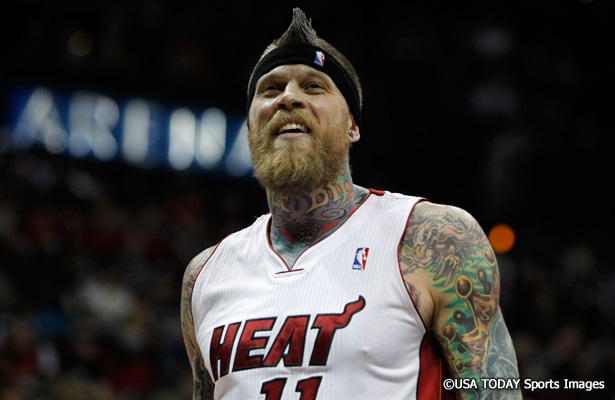 With the Heat at risk of having to pay the league’s “repeater” tax, which increases such payments to the NBA, the team could alleviate some of that penalty by moving the $5 million on the final year of (Chris) Andersen’s contract, as has been widely speculated.

Andersen was cut short before he could complete his answer, but made clear in a playful manner that he was not allowing such conjecture to interfere with his offseason.