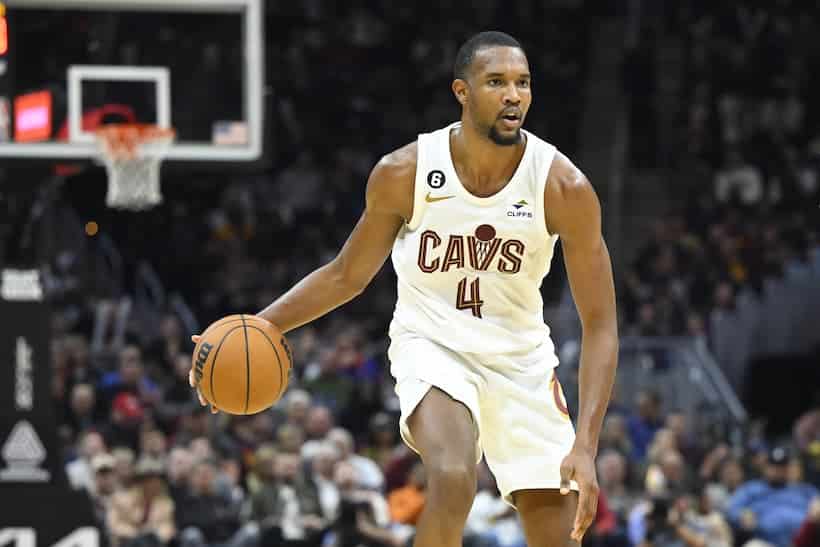 The Cleveland Cavaliers are a top-five team in the Eastern Conference right now with a 29-19 record. Evan Mobley and the Cavs have gone 5-5 in their last ten and are two games back from the second place Philadelphia 76ers. Mobley has been criticized by the media for not taking a bigger jump this season compared to his last. Cavaliers fans should not be worried as their 21 year old big man matched an NBA record previously held by three hall of famers over the weekend.

In his sophomore campaign with the Cavaliers, Mobley is averaging 15/9/3 in 46 games played. He’s also averaging a solid 57 percent shooting from the field this season. The 21 year old came out of USC as a polished defender, but many were doubtful if he would be able to become a two-way player.

His points per game did not increase from his rookie season and that’s in large part to Donovan Mitchell joining the team in the offseason. Mobley still has so much potential to be a top-five PF in this league some day. Ohio Sports Betting sites have the Cavs at (+1800) to win the Finals this season.

In the Cavaliers 114-102 win vs the Bucks on Saturday night, Evan Mobley had a career-high 38 points along with nine rebounds and three assists. With his dominant game, he joined three NBA Hall of Famers as the only four players in NBA history to score 38+ points without making a three-pointer or free-throw in their stat line.

Mobley stepped up huge for the Cavs offense on a night where they were without Donovan Mitchell. He’s been dealing with an on-going groin injury. The big man went 19-27 from the floor in the Cavs win.