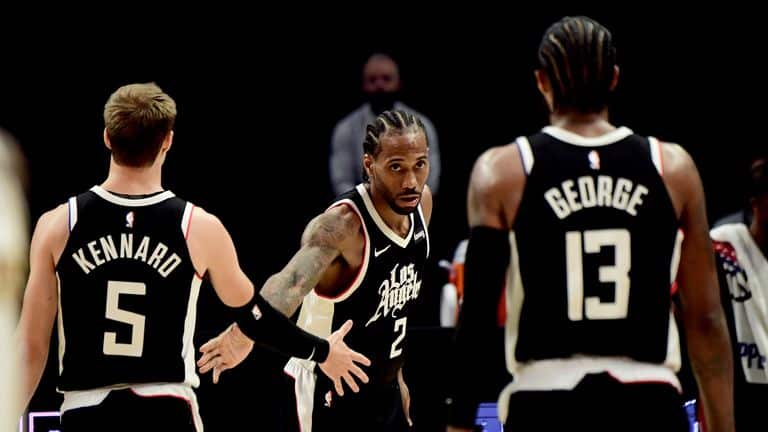 East meets West in tonight’s game between LA Clippers and Washington Wizards. Let’s take a look at the top NBA picks and betting trends, as well as the starting lineups for tonight’s Clippers vs Wizards game.

All Clippers vs Wizards betting odds can be found at BetOnline

Clippers vs Wizards News and Preview

This is the first meeting between these interconference rivals. Last season the two game series was split at 1.

The Wizards will be looking for a bounce-back victory tonight after suffering a heavy loss at the hands of the Boston Celtics and Jason Tatum’s remarkable 51 points on Sunday night at the Capital One Arena.

Washington has struggled of late and have only 1 win in their last 5 games and are currently on a three game losing streak. They will be hoping that Bradley Beal will be able to get the team back to winning ways with a big performance. Beal leads the Wizards in points per game, averaging just shy of 24 points. Along with his 24 points, Beal leads the team in assists averaging over 6 per game.

Washington currently occupy the last of the Play-in spots with an identical record as the New York Knicks.

Los Angeles Clippers are approaching the halfway point of their 7 game Eastern road trip, with this being game 3 for them.

In their last match, the Clippers lost 110-102 to the New York Knicks at MSG. Reggie Jackson top scored in that one with 26 points on 55% shooting from the field and finished with 4/8 from beyond the arc.

Alarmingly for the Clippers, not one player the played against the Knicks finished with a positive +/-. Amir Coffey had a team low -10

Los Angeles are on a bad run of form at the moment. They have only 2 wins in the last 5 matches and are 4-6 in the last 10 games. As it stands, the Clippers sit 9th in the West, 0.5 behind their LA rivals, Los Angeles Lakers, who sit in 8th.

Washington will know that a win is needed here in order to keep pushing on for a Postseason berth. The Clippers on the other hand will know that they are only a couple of wins away from jumping into the top 6 and an automatic Playoff spot.

This will be a tough game for the Clippers who are on a gruelling road trip and coming up against a team out for a big win after an embarrassing home defeat on Sunday.

The ESPN Matchup Predictor has struggled for a Clippers vs Wizards prediction. ESPN predicts a home win, albeit marginally. At 54.8% it’s clear that most see this as a close contest that could swing either way. Given the Clippers injury report, missing  both Kawhi and Paul George, I think the Wizards might just sneak this one.