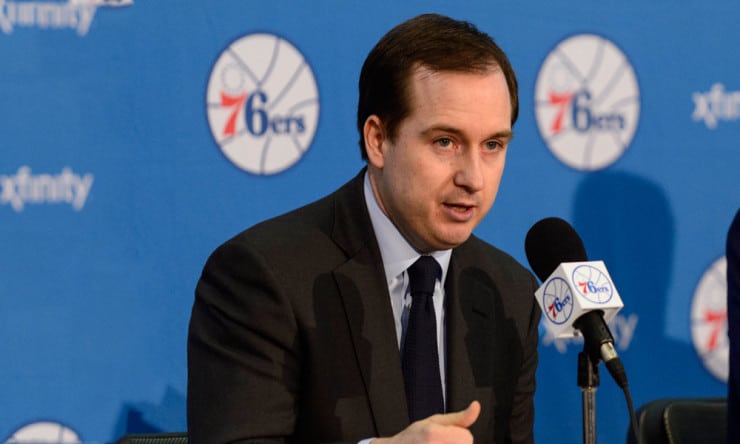 At this time of year, many playoff-bound teams look to add a veteran who can be a reliable contributor on the court as well as — if not more importantly — a sound voice of experience to his teammates.

Carl Landry stands out for those reasons. Landry is in his ninth NBA season and has gained praise from former teammates each step of the way. He has accepted his role off the Sixers bench, and even though his playing time is inconsistent, comes ready to play each night. Landry stays late after practice working on fundamental drills (think something as mundane as free throws) on his own. He also puts in extra time helping younger teammates, such as working with rookie Richaun Holmes. Landry is the highest-paid player on the Sixers roster. He has another year left on his contract worth $6.5 million, which isn’t a bank-breaking salary for a team to take on to gain veteran leadership.

via Jessica Camerato of CSN Philly