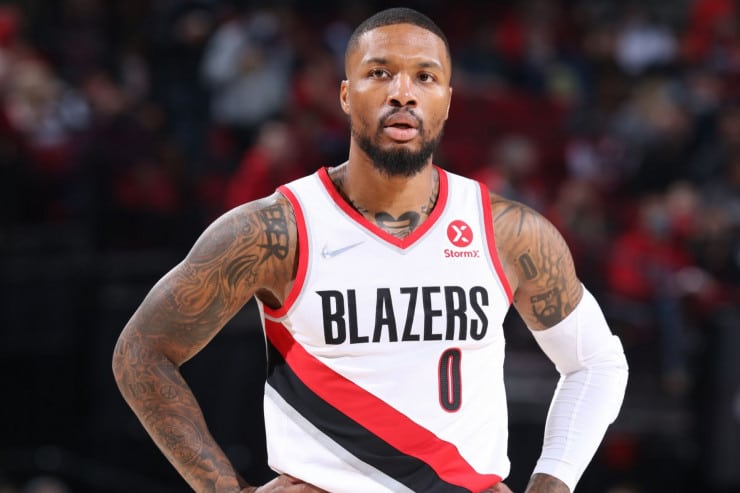 Some decisions in life are really difficult to make. Even after evaluating the pros and cons, exhausting all resources, and weighing the outcome of the decision, there is still a hesitancy period. Sometimes, a little nudge in one direction is all that is needed.

That is exactly what has happened in Portland this past week.

On Wednesday, the team announced that Damian Lillard would be out for a minimum of ten days after an MRI confirmed abdominal tendinopathy. Lillard will continue his recovery protocol and be re-evaluated sometime next weekend. The next bit of news may have been the nail in the coffin, in terms of the future of this franchise.

The Trail Blazers fired general manager and president of basketball operations Neil Olshey on Friday following an independent investigation that determined he violated the team’s code of conduct. The team stated that Joe Cronin will serve as interim general manager during their search for a permanent replacement.

Olshey had been a member of Portland’s front office since 2012 when he took over as general manager following nine years with the Los Angeles Clippers. He added the president of basketball operations title in 2015. Just last month, then team president and CEO Chris McGowan stepped down after nine years in the position.

It was only a few weeks after hiring Olshey that the Blazers drafted Lillard with the 6th overall pick in 2012, then began to build the franchise around him. Portland has made the playoffs in each of the last eight seasons, which is the longest active streak in the NBA. That streak appears to be in serious jeopardy as the team sits below .500 after a 31-point loss on their home floor to the 6-13 San Antonio Spurs. There are some major decisions looming for this organization.

And of course, taking the daily temperature of Damian Lillard and his future with the organization.

Heading into tonight’s game against the Boston Celtics, the Blazers have lost four of their last five. Their schedule, although home heavy, is brutal when considering the absence of their franchise guard. Portland’s next seven games are against the Clippers, Warriors, Timberwolves, Suns, Grizzlies (twice), and the Hornets. They will close the year with games against the Nets, Jazz, and Lakers.

All of the talk around this team heading into the season was about Lillard’s future with the organization. That speaks volumes, considering that the team had just parted ways with head coach Terry Stotts and hired Chauncey Billups to fill the vacancy.

Billups played in the league for 17 seasons, but this is his first head coaching job. This situation is anything but ideal, as there are questions surrounding the entire organization, from leadership to the direction of the team going forward. Does Portland feel comfortable giving a 31-year old Lillard a supermax extension, and who will be involved in making that monumental decision?

Much has been made about Lillard’s loyalty to this organization. That may be true, but why would a superstar be so loyal to a business that has repeatedly let him down? His loyalty actually rests with the fans and the city of Portland. Those are the people that he is loyal to. Those are the people he wants so badly to deliver a championship to.

Warriors run a good ol' staple: HORNS Flex. Steph sets the flex screen for Poole in the corner, then runs off a Looney down-screen for a three, with Nurkic dropping too far back. pic.twitter.com/VtsVuG6gnl

Owner Jody Allen is spending $137 million on this team, with an additional $4.5 million in luxury tax. The arena is only half-full on most nights, as the organization ranks 13th in attendance this season. From 2008-2020 the Blazers ranked inside the top ten every single year. Despite their consecutive playoff appearances, Portland has lost in the first round five out of the last eight seasons.

The only way to fix this roster is to explore potential trades. Two likely candidates to be moved are Jusuf Nurkic and Robert Covington. Both are on expiring contracts and have been underperforming. That being said, the Blazers have more than $96 million tied to three players next season; Lillard, CJ McCollum, and Norman Powell. While many teams remain interested in McCollum, it is Lillard that obviously has the most trade value. He is under contract through the 2024-25 season and remains a top-ten player in the game.

No matter who they hire, Portland is not going to want to pay into the luxury tax with just an average roster. They don’t necessarily even need to wait until the February 10 deadline. By putting out some feelers now, they can have a clearer picture of what is available. They don’t want to wait until the offseason either, as the return will be far less than what they can get for him now.

The Blazers don’t own any first-round draft picks next summer, although the pick going to Chicago is lottery-protected. Portland must get out of the land of mediocrity. They have to shake things up and be willing to take some risks in order to get out of the hole that they are in.

Lillard is a six-time All-Star and All-NBA player. He was named to the NBA’s 75th Anniversary Team and is arguably the greatest player in franchise history. His talent is unquestioned, but he may need to dial it down a notch. Lillard has averaged at least 35 minutes per game in every season since he was drafted. He has been dealing with this abdominal injury for years, and it explains his struggles with Team USA this summer and his slow start to the NBA season.

The plan for Lillard now should be to find a new team where he can elevate them to championship-contending status. Fans will want to see him end up with the Knicks or Lakers, but realistically, a place like Boston would make sense. He doesn’t need to join an established super team or be a part of a team aiming for the play-in game. Denver? Philadelphia? The best situation may not be evident right now, but things change quickly in this league. One bold move can change the trajectory of several organizations.

Stephen A. Smith just said on NBA Countdown that New York is the one place Dame Lillard would angle for if he eventually wanted/asked out. Adds, “There are people in his camp who would like him to give Philadelphia stronger consideration.”

With Olshey now out of the frame and Lillard out of the lineup, the time is ripe for the Blazers to start taking serious offers for their star point guard. It is in the best interest of the organization going forward, and they owe it to Lillard if he is not able to win a championship with them.

The dictionary defines the world loyal as being faithful to any leader, party, or cause, or to any person or thing conceived as deserving fidelity. Lillard has been the perfect role model, and any sports entity would love to have someone like him as the face of their franchise. Moving on may sting for a while. The fan base will not like it one bit, but this is the best decision for both sides.

The loyalty that Lillard has displayed over the course of his career is admirable and refreshing. In today’s era when multiple star players are trying to join forces and load manage, this one has chosen to stay put and play through injuries. He feels an obligation to the city, the fans, and to some extent, the franchise.

Lillard has given this franchise 110 percent every night over the course of the last decade. It is time for Portland to make the right move. It’s Dame’s time.