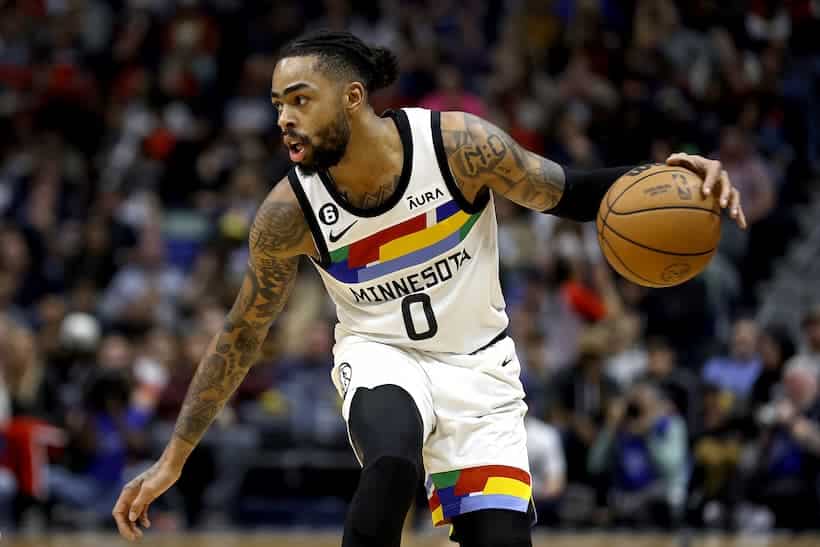 The Minnesota Timberwolves had big intentions when they traded for Rudy Gobert in the offseason. All expectations for the season were stopped when Karl-Anthony Towns was put on the IR. It’s been an average season at best since Towns has been out and Minnesota hold a 20-22 record. Amid the challenges this season, stars like D’Angelo Russell have been speculated in trade rumors and he did not to kindly to what reporters had to say.

Russell has been a crucial piece of the Timberwolves lineup since KAT went down. He’s averaging 17/3/6 this season in 39 games played. The one-time all-star had a blunt message for reporters amid the trade rumors of him leaving the team.

Minnesota Sports Betting sites have the Timberwolves at (+15000) to win the Finals this season. The PG is confident is his abilities and says it’s the teams fault for if they want to ship him out and waste his talent.

let's start the weekend off strong.

Reports as of late say that Russell is on the trade block and he’s not happy with that. The 26 year old is set to become a free-agent after this season and there’s a possibility that he could be on the move sooner than that. He’s confident in what he can bring to the team and had this to say to reporters about what he thinks.

One thing the PG does not lack is confidence and it’s very clear. The Miami Heat are one team that has been linked to Russell amid the trade rumors. Phoenix and the LA Clippers have also been in the trade discussion as well.