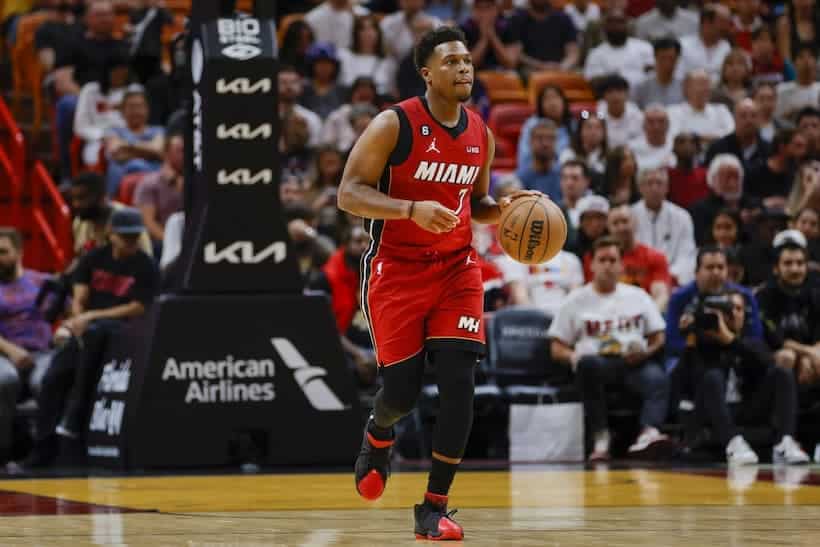 As the NBA trade deadline approaches on 2/9, we continue to see more and more rumors of who’s on the trade block and which teams are trying to make postseason runs. One trade rumors that continues to add truth is that the Minnesota Timberwolves are looking to for the right deal to move on from all-star PG D’Angelo Russell. The main team linked to Russell are the Miami Heat and they might be looking to move on from a former NBA champion in the deal.

Russell’s contract is up at the end of the season and it’s unlikely that he get’s a contract extension offer form the Timberwolves. He’s publicly displayed his frustration’s with the organization to the media and say’s it their own fault is the mess up not using his talent while he’s with the team.

NBA betting sites have the Timberwolves at (+12500) to win the Finals this season.

Are the Miami Heat seriously interested in trading for D’Angelo Russell?

Trade rumors surrounding Russell and the Heat have been out for nearly a month now and it’s imminent that a trade could happen. A rumor on Friday confirmed that Miami are looking to move-on form former NBA champion Kyle Lowry. He’s been consistent with the Heat this season and has started in all 36 games he’s played, but the Heat just have more effective guards that are younger and can shoot better than Lowry at this point in his career.

A trade between the two would feature Russell and Lowry, but it would also likely involve picks or other players in a potential deal. If Lowry were traded to the Timberwolves, he would have one season left on his contract and that would give Minnesota plenty of time to decide on long-term plans. He has a high basketball IQ and could easily fit-in a tea that already has the pieces to be a winning franchise.

After their trade for Rudy Gobert in the offseason, it’s no question that the Timberwolves are in win-now mode. Their season was de-railed with the Karl-Anthony Towns injury and they’ve been trying to keep the season alive. Minnesota are 22-22 so far this season which is seventh in the Western Conference.