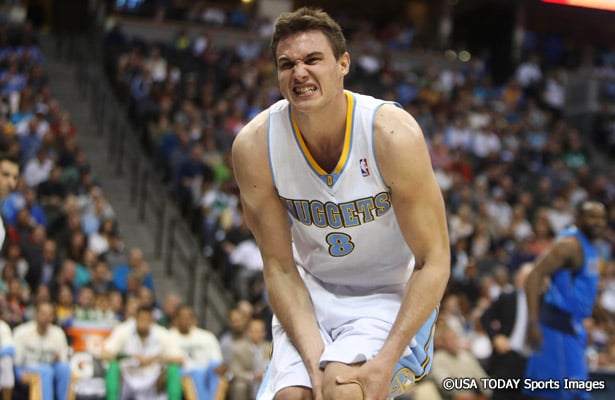 Danilo Gallinari is in his native Italy, talking in a press conference about a partnership between the NBA and UBI Bank (United Bank of India) called NBA-Evolution. What would normally be a ho-hum presser about corporate sponsorship and partnerships was very notable for Denver Nuggets fans. In particular a revelation that no one had heard about before now.

Gallinari: “In Denver I am very well, there was a chance last year to go to some other team before the deadline in February, but I refused. If I return to Italy would be back to Olympia but with the intention of winning, I don’t like the idea of nostalgic revisiting.”