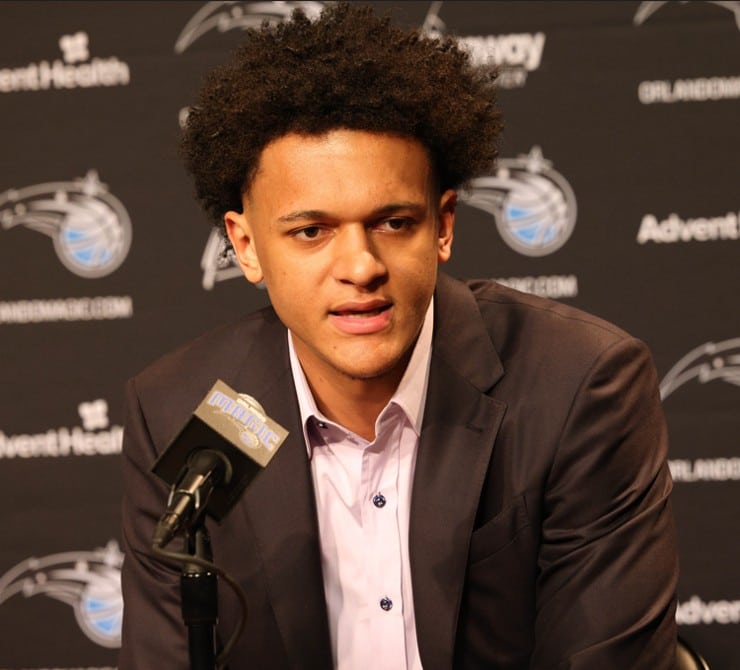 Dejounte Murray of the Atlanta Hawks and Paolo Banchero matched up at a Pro-Am game over the weekend. Things got serious between the two as Dejounte Murray decided to toy around with Banchero, including a self alley-oop to himself and then throwing the ball at him.

To say that neither of them liked what was going on would be an understatement as both of them took to Instagram to argue about what happened.

Dejounte Murray had the following to say on Instagram:

“You Tried To Flex That #1 Pick Shit On Me When I Been Rooting For You When You Was A Kid Asking To Rebound For Me @paolo5 Don’t Get On This Internet Saying Nothing… You Changed From The Humble Kid You Always Was And I Stand On Real Shit Boy And YOU KNOW!!!!!!!! You Made It And Changed And I Lost All Respect!! Stay Humble. This Life You In Now Is REAL And Ain’t No Joke!!! I STILL WANNA SEE YOU WIN Cause That’s WHO I AM!!!”

Paolo Banchero had the following to say on Instagram:

“lol unfollowed me on tha gram n everything it must be personal huh? that’s fine jus make sure ‘u guard up next time n stop sending doubles family”

It’s interesting how this beef all started, but it’s likely that we’re not going to find out any time in the foreseeable future. It seemed like this had much more to do than just basketball, but again, we likely won’t find out.

It’s going to be fun to see how this plays out throughout the NBA season, as these two will play each other a few times. The Atlanta Hawks will likely be able to take down the Orlando Magic with ease, but now this is a matchup that the world is going to have to see.