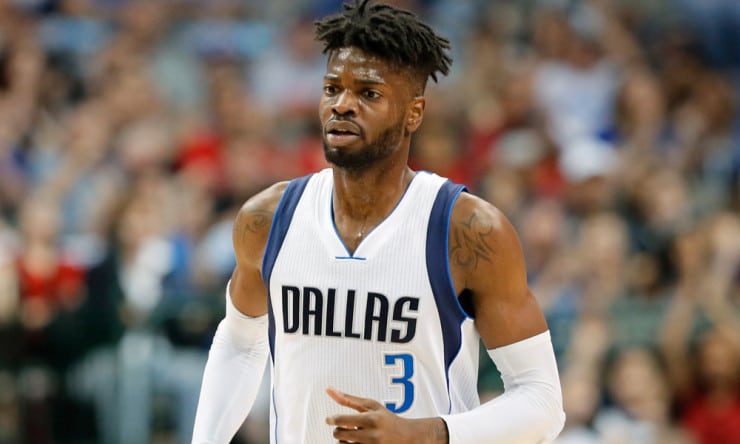 The Dallas Mavericks are 13-11 so far this season and are third in the Southwest Conference. Dallas is also seventh in the Western Conference, going 5-5 in their last 10, but are on a three-game win streak. Luka Doncic has been relied on so heavily this year by the Mavs. His usage rate is third-highest in the league right now. It’s clear that if the Maverick want to have more success they need some help for Luka. Detroit has been engaged with Dallas in trade talks with a veteran center.

Dallas and Detroit have recently “touched base” on trade talks with Nerlens Noel. He’s drawn interest from multiple teams who expect to be in playoff contention and are in search of a rim-running big.  Noel was traded to the Pistons over the summer in a salary-dump deal. Detroit has a crowded front court this season and Noel has not been a part of the Pistons rotation for much of the season.

NBA betting sites have the Mavericks at (+2200) to win the Finals this season.

Dallas Mavericks and Detroit Pistons touched base recently on trade talks in which Nerlens Noel’s name came up, per @IanBegley pic.twitter.com/cqJZEAYvWE

It’s a career-low year across the field for Noel this season. He’s only played in six of the Pistons 27 games so far this season. Noel is averaging (1.8) points, (3.2) rebounds, and (0.5) assists per game for Detroit. He hasn’t played over six minutes in a game since November, 4.

The former lottery pick is still only 28 years old and could still contribute a lot to another roster. Isiah Stewart, Marvin Bagley III, and rookie Jalen Duren all are getting more minutes than Noel this season. Last season he averaged (22.5) minutes per game for the Knicks and is averaging just (10.3) this season. Dallas signed JaVale McGee and he’s fallen out of the starting lineup and rotation completely for the Mavs.

When they were out of the rotation last year, Quentin Grimes & Miles McBride competed in 1-on-1 defensive drills on game days. Now, their in-game defense is one key element in NYK's past 2 wins. More on that & on DAL, others' interest in Nerlens Noel here: https://t.co/LdGsmNdxgB

Christian Wood plays center for the Mavericks right now, but is now where near the defensive player that Noel is. The two could be a nice combo down low for Dallas if a trade were to possibly happen.