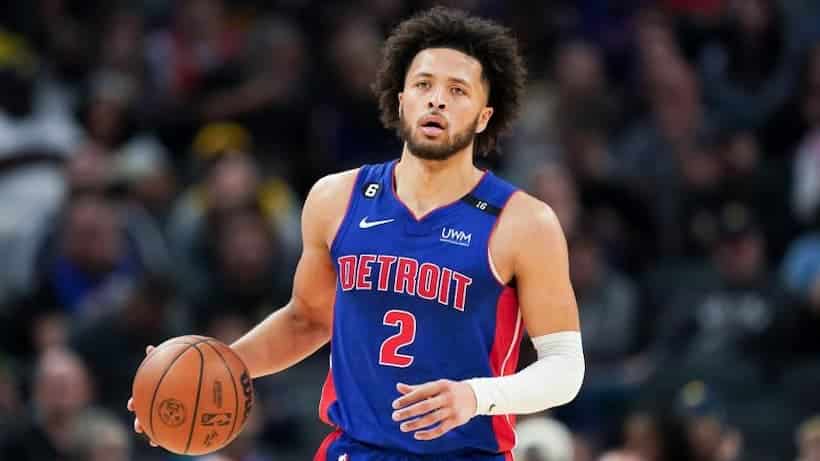 The 2022-23 season has not been so kind to the Detroit Pistons as the hold the league’s second-worst record at 12-35 and are last in the East. Detroit has a younger roster this season with Jaden Ivey and Jalen Duren playing big roles for the team. Another young star on the rise for the Piston’s was Cade Cunningham, but he played just 12 games after his season ended early. Good news is being reported from Cunningham now and that’s a positive sign for his recovery process.

In 12 games played for the Piston’s this season, Cunningham averaged 20/6/6 in (33.3) minutes per game. His 2022-23 season was cut short due to the need to get shin surgery. Definitely not how the 21 year old wanted this season to unfold, but hopefully he can be better from it moving forward.

Piston’s fans should be happy to know that a month after his season-ending shin surgery, Cunningham has said that he is pain free. He won’t be back this year, but he will still be a big part of their franchise’s future moving forward. Michigan Sports Betting sites have the Pistons at (+100000) to win the Finals this season.

Surgery may have been a blessing in disguise for Cunningham as he reports that he is pain free after surgery. On top of that he said that he surgery helped clear up a lingering issue that had been bothering him since high school. He was an all-rookie team selection last season and Detroit was expecting big things for him this season.

The Pistons are currently over in Paris to take on the Chicago Bulls for a little afternoon basketball at 3:00pm today. While in France, the media spoke to Cunningham about his recovery process and he had this to say to them with a positive message.

“I’m feeling great,”… “t’s coming along really well, a lot better than what I anticipated on it being. I’m happy about it, I’m happy I got it done. I’m happy it’s behind me now and I can just move forward and get on the road to getting back.” – Cade Cunningham

He admitted that the hardest part in the entire process was debating on whether he should get the surgery at all. He spoke with this teammates and other players who’ve had similar procedures like Tim Hardaway Jr. Cunningham said talking with them helped make his decision easier and that he has no regrets afterwards.