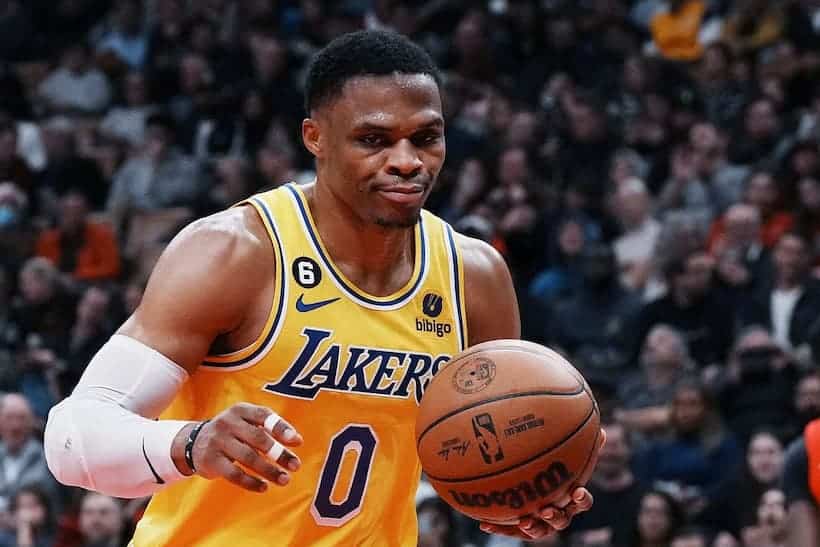 Despite a 48-point performance from LeBron James and a Lakers win last night, the team is still thirteenth in the West and need Anthony Davis back. The Lakers were a different team in the 25 game Davis has played. LA’s top players like LeBron and even Russell Westbrook are doing whatever they can. However, it seems as if Westbrook may have called out the coaching staff mid-game yesterday and that’s never a good sign.

Westbrook came off the bench for the Lakers in their 140-132 win vs the Rockets and played 32 minutes. He finished the game with 24/5/4 on 9-16 shooting from the field. Possibly the biggest story line to come out of that game is the fact that Westbrook may have actually called out his coaching staff while the game was still going on.

NBA betting sites have the Lakers at (+2500) to win the Finals this season.

The Lakers had a 73-61 lead heading into the half of last night’s game and Westbrook was seen on camera having a conversation with assistant coach Phil Handy. Nothing boiled over from the talk, but NBA TV’s Jared Greenberg had the inside scoop while reporting from the sidelines. He had this to say on the matter.

“Westbrook (was) telling his coaches that they have to be better, repeatedly directing toward the Lakers’ coaching staff, ‘Y’all gotta be better than that,'” – Jared Greenberg

LeBron had to step in to calm Westbrook down and get his mind back in the game. Assistant coach Phil Handy supposedly looked at Westbrook and said “We all have to be better, Russ.” After the game, Westbrook would not go into further detail with the media on what was said between Handy and himself. He said it was “just a conversation.”

After seeing the footage, Lakers head coach Darvin Ham said that was simply just normal NBA business on the conversation between Westbrook and Handy. Ham also commented that he thought the issue may have resulted because of playing rotations. A beat reporter for the Lakers speculated that Russ was checked back into the game later than his normal rotation minutes are and that may have gotten him angry.