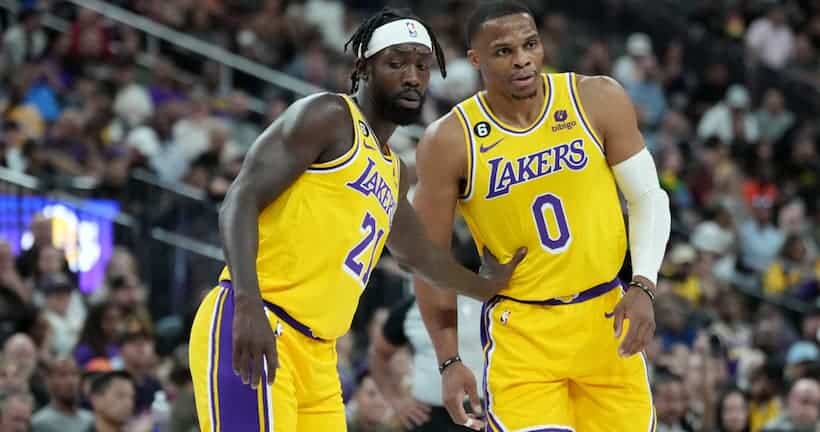 It’s been an up and down season so far for the LA Lakers. Injuries have caused there best players to miss valuable time. The team has been struggling without Anthony Davis on the court and they could be missing him for an extended period of time. Despite some of the hardships of the season thus far, Patrick Beverley recently discussed his evolving relationship with Russell Westbrook.

Beverly and Westbrook are two players who have butted heads in the past and there were concerns on how the two would work together this season. There’s been no issues at all between them, but the Lakers a whole have been struggling. They are 3-7 so far this season without Anthony Davis and it doesn’t look like he’ll be back anytime soon.

California betting sites have the Lakers at (+3300) to win the Finals this season.

Both Beverley and Westbrook have said that they’ve become good friends since becoming teammates on the Lakers. They do not have any ill will towards each other and Beverley even discussed how he and Westbrook use the same trainer.

“So me and Russ…people don’t know me and Russ have the same strength and conditioning guy. I’ll come in to workout 6:15, Russ is already there.” – Patrick Beverley

After getting a bit more acquainted with each other while working out, the two noticed that they could relate to one another due to their similar personalities. In their own ways, both are thought of as scrappy players and tend to have critics more often then not.

“I could tell him things other people can’t. And that’s the beauty of when you got two guys, who talk two rams. If you only got two rams, you could only understand things from the other ram. So I’m able to tell him -expletive- that no one else can relate to him on.” – Patrick Beverley