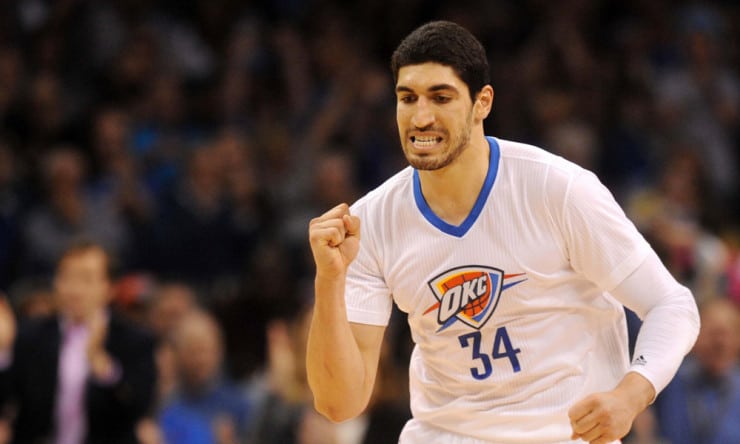 With nine games set to tip off tonight, there are plenty of options for you to choose from when building your DraftKings lineups. Each Wednesday, we’re helping you build your rosters by highlighting the players who are relatively cheap and poised to play well given their recent success or upcoming matchup.

The key to winning on DraftKings is to have several of these cheaper players on your team so that you can go out and target some of those higher-priced guys. With LeBron James, Kevin Durant and Stephen Curry (among others) in action tonight, you’ll need some of these cheaper options.

Douglas has seen his stock rise over the last week due to a number of different injuries to the Pelicans. He’s started the last three games for New Orleans and has become a viable fantasy option during that time.

As a starter, Douglas is averaging 13 points, six assists, six rebounds and 2.3 steals, which has translated to 33.7 fantasy points per game. Douglas should see his recent hot streak continue as the Pelicans face off against a Sacramento Kings team that ranks 29th against opposing point guards.

Redick is another cheap option for you to consider tonight. He’s a guy that we’ve relied on plenty this season as he can get hot quickly and rack up points. DraftKings rewards bonus points for each three-pointer made, and Redick currently leads the league in three-point percentage at 48 percent.

He’s been turning in some very solid performances as of late, averaging 25.8 fantasy points over his last five outings. Redick has a great matchup ahead tonight against the 25th-ranked defense against shooting guards in the Houston Rockets. Redick dropped a career-high 40 points against the Rockets the last time these two teams met on January 18.

Ariza could be a guy you look to as a cheaper option since there are only a couple of the league’s top small forwards in action tonight. After LeBron James, Kevin Durant and Carmelo Anthony, the player pool drops off considerably.

Ariza has been extremely productive over the past month as he’s scored at least 20 fantasy points in each game since February 6 (a span of 14 games). He recorded 18 points, four assists and two rebounds during that January 18 game against the Clippers so Ariza has had previous success this season against Los Angeles.

There are a lot of notable power forwards in action tonight, so you may want to consider Anderson in your forward or utility slot instead. Anderson has had a good run over his last three games, as he’s averaging 33.2 fantasy points over that stretch.

Anderson is another player who is known to get hot behind the three-point line, which makes him a prime candidate to earn those bonus points for three-pointers. He’s faces a great matchup tonight as the Kings rank dead-last in the league against power forwards.

Kanter has been very hot over his last five outings. During this stretch, he’s averaging 17.2 points and 11.4 rebounds, which has translated to 33.8 fantasy points per game. He’s mixed in performances of 11 points and 17 rebounds on Saturday, and 17 points and 14 rebounds on Thursday.

Kanter’s hot stretch should continue tonight as the Thunder face a Boston Celtics team that ranks 25th against opposing centers. He’s making the most of his extended time on the floor, so take advantage while you can with his price tag coming in at just $4,800 tonight.

Keep an eye on Jennings tonight as he should be in line to see some extended minutes with starter Elfrid Payton nursing an elbow injury. Jennings got the start last night in place of Payton against the Denver Nuggets and dropped in 12 points, a season-high 11 assists, three rebounds and a steal, which was good for 35.8 fantasy points. He seems poised to give you solid production tonight at a low price.

We encourage you to give these players a look as you build your starting lineups for tonight. Here are three contests you can enter tonight: