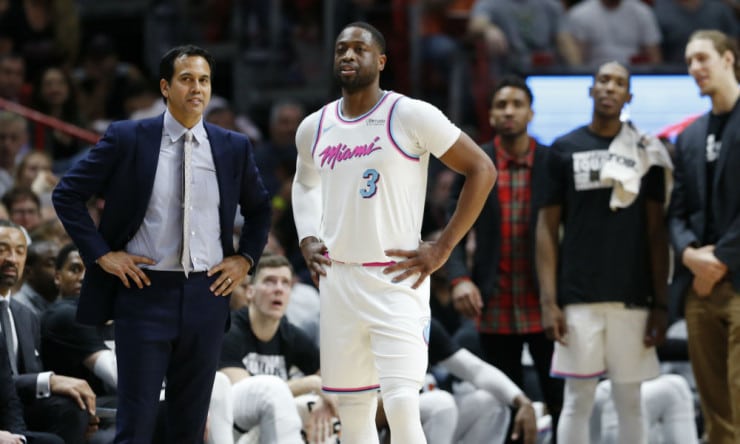 About an hour after the final game of his 15th NBA season, Miami Heat star Dwyane Wade acknowledged that he has thought about retiring but said he won’t make a final decision until later in the offseason.

“That’s not my focus,” Wade said after the Heat’s season-ending loss to the 76ers on Tuesday. “Fresh off this NBA season, my 15th year, I sit back and think about that. Then I dive and throw myself into my family. They’re next on my bucket list, making sure I’m there for them. And when it comes to the basketball side of it, which is a long time away from now, then I’ll think about that.”

Wade, a three-time NBA champion, had no interest in addressing his future after the Heat were eliminated in Game 5 of their first-round series against the Sixers.

“I love Philly, but ain’t gonna be no breaking news here in Philly,” Wade said lightheartedly. “I’m sorry. I appreciate [the concern], but let me worry about that later.”