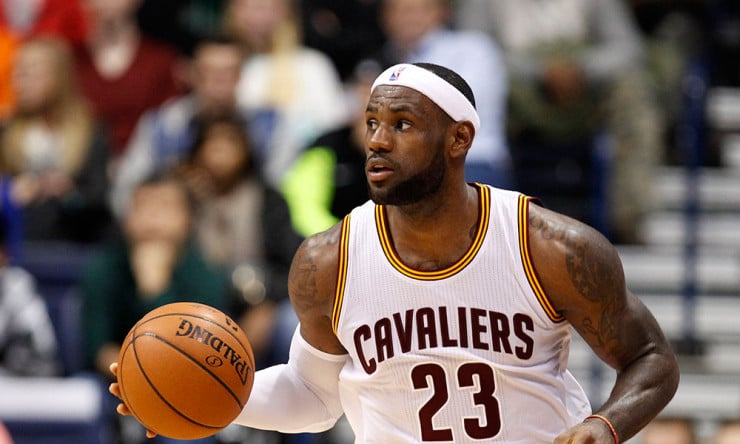 Game 2 was over by the end of the first quarter, when the Bulls trailed by as many 22 points. But even when things sort of evened out the rest of the game, it still became pretty evident that this Bulls team was going to have some adjustments to make for Game 3.

Believe it or not, it doesn’t really start with LeBron James, who had another monster game (this time without all the turnovers). Quite frankly, there’s not a lot you can do when LeBron is as motivated as he was in Game 2. He’s still the most physically gifted player alive; you can only hope that if he’s hot, Kyrie Irving isn’t, or that your offense is even hotter. Neither of those things happened for Chicago in Game 2.

What can be done, however, is finding a way to shut down Iman Shumpert and James Jones in the next game. Those two guys got more than their fair share of open three-pointers, and they hit a ton of them (nine between the two players). Part of that is a testament to LeBron’s attack-happy approach to Game 2, which really opened things up, but regardless, Chicago can’t let the peripheral guys on this team get hot. They don’t have a great bench, but Chicago made them look pretty darn good on Wednesday night.

The other major problem is Tristan Thompson, who once again dominated Chicago on the offensive glass (he finished with six offensive boards). Not that second-chance points were necessarily the difference in this blowout, but it certainly didn’t help anything. In a later game this series, one or two of those could be the difference between a win and a loss. LeBron’s going to be LeBron, but Chicago has to do a better job shutting down the other guys.

So apparently it was all the headband’s fault. LeBron James, donning his signature head apparel for the first time in months, had a monster showing in the second game of this series, scoring 33 points and just dominating the Bulls’ defense from the opening tip. Jimmy Butler made a valiant effort, but ultimately James got whatever he wanted tonight. That opened things up for everybody else on the roster, and he got those aforementioned role players loads of open looks.

Put as simply as possible, that made all the difference in this game. It’s why they got out to that huge start, and it’s why that lead never shrunk back down to single digits. The man was every bit the monster he’s proven in the past that he can be, and he’ll need to continue to do that throughout the series if he hopes to see similar results.

Frankly, if he keeps that up, Chicago really doesn’t have much of an answer. It’s as simple as that. The role guys stepped in Game 2 behind James’ lead, and they did a better job moving the ball and defending the screen-and-roll. The same game plan in Game 3 should make things just as hard on the Bulls.

The United Center crowd, always the largest in the NBA, is going to be raucous on Friday with LeBron James in town. With their support and a little retooling, Chicago should win Game 3, even with J.R. Smith returning to the Cleveland lineup.