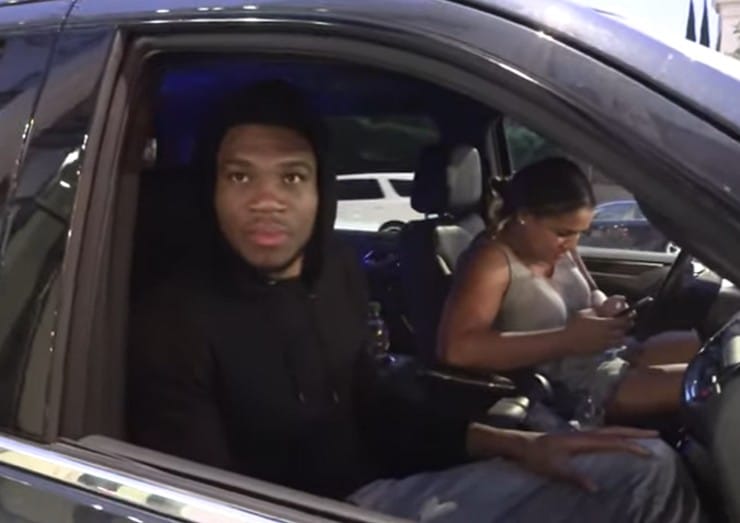 Milwaukee Bucks forward Giannis Antetokounmpo was spotted at the Catch restaurant in West Hollywood, Los Angeles. Outside the restaurant, he was asked about his meal by a TMZ cameraman. “Expensive, expensive. This city is not for me,” said the Greek Freak.

Then, the cameraman commented, “Hey, nothing can be expensive when you’re enjoying time with your family.”

“Yes, yes, there’s no price in that,” agreed Antetokounmpo.

NBA news, trade rumors and betting content is on the main page.

The two-time MVP has earned at least $110 million over the course of his NBA career, so it is nice to see a wealthy athlete admit how expensive it is to visit Los Angeles — let alone live there.

Catch is a fine dining Japanese restaurant. Needless to say, it’s costly. The Baby Gem Caesar Salad on the menu is priced at $23. It comes with sugar snap peas, asparagus, avocado, sunflower seeds and lemon parmesan vinaigrette. Not to mention, the Truffle Sashimi is $38.

How about the Tartare Trio? That brunch entrée costs $36. According to reviews on OpenTable, consumers gave the restaurant a 4.5 rating out of 5 stars.

Furthermore, there are days when professional athletes just want to keep it simple. After the Bucks came back from a two-game series deficit against the Suns to win the 2021 NBA Finals, Antetokounmpo celebrated by going to Chick-fil-A. For cheap fast food, one can’t complain. Plus, the chicken is delicious.

Will Giannis Antetokounmpo ever play for the Lakers?

Additionally, some fans might be thinking the same thing right now. Would Giannis Antetokounmpo ever sign with the Lakers? Well, if he ever does, the forward won’t be playing for them anytime soon. He doesn’t strike fans as being the stereotypical attention-seeking celebrity. Antetokounmpo enjoys his peace out of the limelight and away from the cameras.

On Dec. 15, 2020, the Greek Freak signed a five-year, $228 million contract extension with the Bucks. His player option for the 2025-26 season is $51,935,360. While no one can predict the future, unless he stops seeing eye to eye with the Bucks front office, Antetokounmpo is locked in with his team for a long time.

Also, there is a slim chance that he’ll decide to play for a Greek basketball club years from now. After all, he played for the EFAO Zografou B.C. from 2011 through 2013.

Moreover, for those unaware, Giannis Antetokounmpo has a new movie titled Rise coming out on Disney+ on Jun. 24. The film is about the lives of the Antetokounmpo family. Giannis has four brothers: Francis, Kostas, Thanasis and Alex. The movie was directed by Akin Omotoso and written by Arash Amel.