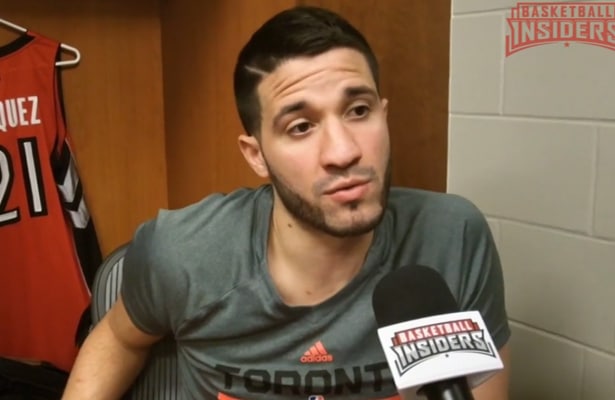 Greivis Vasquez is determined to play again this season.

Nothing has gone according to plan for the Milwaukee Bucks guard after his arrival in an off-season trade with the Toronto Raptors.

Instead a painful right ankle injury limited his effectiveness early in the season and he underwent surgery in mid-December.

Vasquez was with the team on its recent trip to Memphis but is not close yet to returning to the court. No timetable has been set for his return.